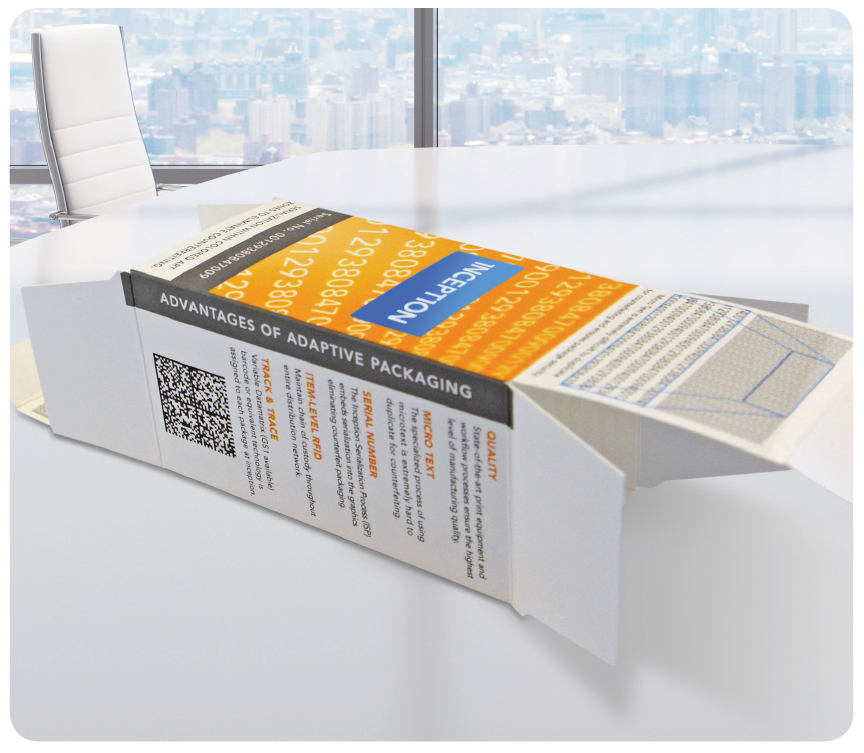 In the area of counterfeit pharmaceutical products, one could argue that Canada has it pretty good.

The Canadian Generic Pharmaceutical Association estimates that, thanks to Canada’s standardized, highly regulated pharmaceutical and public health care system that is affordable to most Canadians, counterfeit drugs makes up “less than one per cent” of the market.

These numbers contrast greatly to the U.S., where the Food and Drug Administration estimates counterfeit drugs account for some 10 per cent of all medication on American shelves.

Yet regardless, law enforcement and drug regulators say that trade in counterfeit medicines is on the rise, especially on the internet.

According to Adam Egan, vice president of high performance packaging at OTC Group, a simple way that scammers sell counterfeit pharmaceuticals is through package theft, where unused, flawed or trial packaging is stolen and used to package fake products.

Alan Gilson, chief technology officer, did some quick math to illustrate the risks of traditional printing.  He said that depending on the run, a four-colour job on a 40-inch press with 16 versions could require 100 print test samples per test colour separation.

To counter this, OTC Group, a digital print company based in London, Ont. has partnered with Xerox to create what it says eliminates this possibility.

“Traditional manufacturing process lends itself lends itself to creating extra product; it’s simply part of the manufacturing  process,” said Egan, referring to pharmaceutical packaging. He explained that many of the wasted cartons were simply quality tests that “weren’t meant to be in the market.”

By combining hardware and software from Xerox, namely its iGen Press print and the Xerox Automated Packaging Solution, with software from OTC Group, the companies have created a new solution that applies UPI and AIDC tracking information at the time of printing, in other words, unique serialization and package tracing.

Furthermore, the solution is able to create saleable product from the first carton, Egan said.

“A manufacturer would create 500,000 cartons that would go into a facility,” Egan said.  “You’d have unique identifiers put on at the beginning.  Any sort of the risk assigned to the carton throughout the process can be removed from the data. You will know what has been used and what has been unused.”

Once packages have been deemed unused, their identifiers can be flagged by reading technology if it appears again later in the process, including at the retail level, Egan explained.

Depending on the manufacturer’s requirements, identifiers can either be scannable, visible to the consumer, or both.

“Traditionally, serialization or date coding is done at the end of process, once product has been put into packaging,” Egan explained. “The way we serialize, the physical process is done on equipment that does it in a manner that is created into the art.  It dissuades theft.”

Chris Connor, managing director of graphic communications at Xerox Canada said that while the pharmaceutical sector is the primary target, the solution could work for other industries as well where unique printing is crucial, such as in ticketing applications.

The solution, which came out of an initial partnership in 2012, is now in the market, Egan said.

Xerox announces new cloud offerings, will be available for channel in Q2