The bad side of the smart fridge and the networked car

Just last week my wife got hacked. It was so innocent that I could see many other people getting hoodwinked by it too.

The hack looked so common and so routine that it was easy for people not to pay attention. One quick click and you get into trouble. The hack was more of an inconvenience then malicious but in the end it was a total time waster. That hack came in the form of an email, but moving forward don’t be surprised when household appliances start targeting you.

That smart fridge or smart TV is connected and therefore vulnerable. Even your home router can be targeted and if you run a small business out of your home or work for a larger organization that is letting you work from home it can be a problem. I remember when the Blu-Ray players started to become popular and there was a virus on one of them and rendered the machine dead. 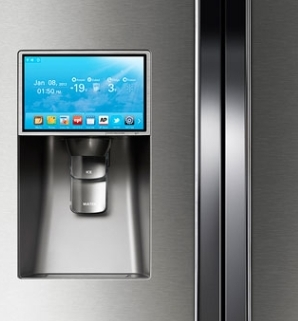 It sounds preposterous that your fridge could shut down and rot everything inside because of a crafty hacker with a poor sense of humour.

Instead what they are looking for is personal information. Recently Proofpoint sited a global cyber-attack that targeted so-called smart refrigerators. Some 100,000 household appliances were taken over by “thingbots”, according to Proofpoint.

Related Blogs
What HP, NASCAR and wildlife have in common?
Amazon to use drone strikes for delivery

The scary part is that people may not know they are being tracked by their smart-fridge. Cisco has gone on record saying that the Internet of Everything, which includes the smart-fridge, is a $14.5 trillion market opportunity. To think, in Cisco’s Internet of Everything world, that corn, roadways and many other things, may be connected to the Web is crazy. But all those and more have been already conceptualized.

Think about the Smart Cities and Smart Buildings initiatives, not just here in Canada, but all over the world? What would be the negative aspects of a totally connected world? Where will your personal data reside? Who has ultimate control of that data? Who is snooping on that data? These are all questions that need to be answered.

Yesterday I got a press statement from the International Telecom Union about the networked car of the future being previewed at the Geneva Motor Show this coming March. Automotive and ICT attendees plan to discuss accelerating convergence within the two industry sectors. The goal is to provide safer, more energy-efficient vehicles and intelligent transport systems. That’s all good considering that 1.24 million people are killed and 20 to 50 million are injured on the world’s road, according to the World Health Organization (WHO).

But I don’t want anyone to know my route to work nor do I want them to know I stop at the local Tim Horton’s for coffee. I also don’t want them, whoever they are, to know I listen to sporttalk radio, or how much gas I have left in the tank. Or that I have 160,000 clicks on the car. All these things or Internet of Things are cool to see or even have, but the privacy of personal information must be a priority. 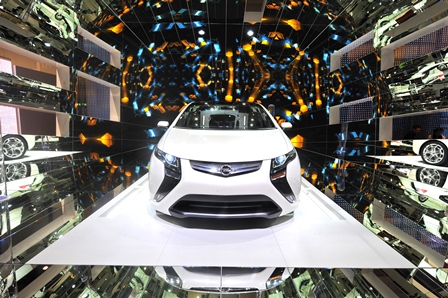 One quick hit before I go. Aegis Limited, a global outsourcing and technology provider based in Texas, has done something unprecedented in the field of human resources. The company announced it has hired more than 600 U.S. military veterans and their spouses. These new hires are situated near U.S. military bases in Texas and in Arizona. Why is Aegis doing this? The company said that in its experience military veterans and their families are all well-rounded and tech-savvy. They also have a strong desire to serve.

Paolo Del Nibletto
Former editor of Computer Dealer News, covering Canada's IT channel community.
Previous article
John McAfee on not being crazy, and selling security software with paranoia
Next article
Could the Canadian public service ever store data in the cloud?