While projectors may not catch the eye quite the way the latest shiny TVs do, they can always be relied upon for large flexible images in a variety of spaces.  When powered on, this sleek device may may turn more than a few heads. 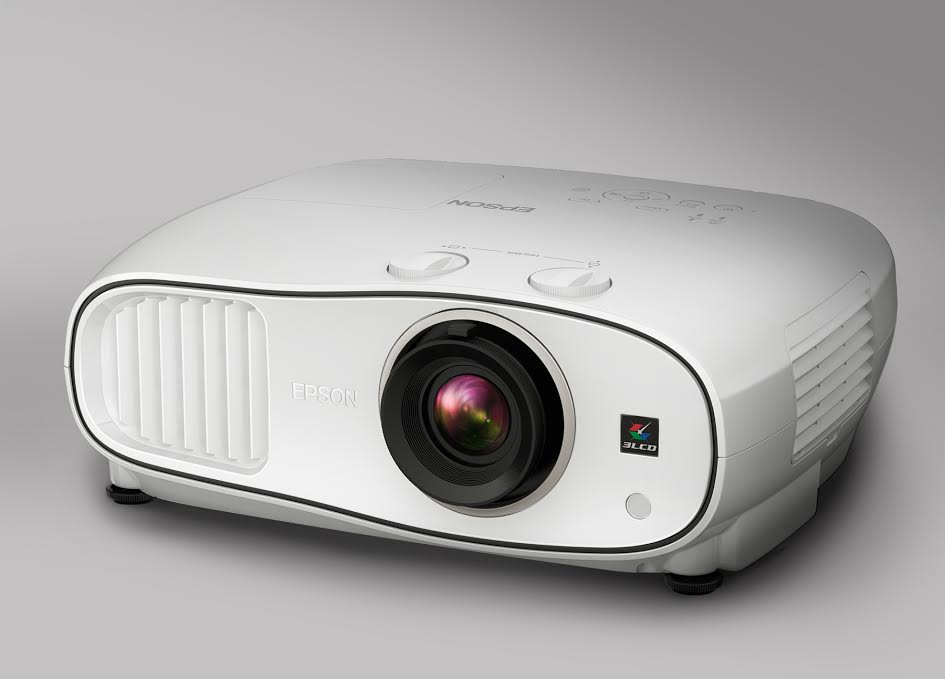 The solid but elegant construction combined with equally solid functionality gave me an impression of reliability from the moment of unboxing, an impression that didn’t fade in my weeks of testing.

The technology housed underneath includes Epson’s 3LCD, 3-chip technology, which enables Full HD 1080p video in 3D with a brightness of 2500 lumens.  According to the manufacturer, the image size can also be adjusted to anywhere between 30″ to 300″ depending on the distance.  Meanwhile, the lens is able to produce a contrast ratio of 70,000:1 and over one billion colours.

In terms of ports and input support, the Epson 3500 is fairly agnostic, allowing for lower quality video signals despite being a rather high-end device.  In addition to two HDMI ports, it also takes component, composite and VGA signals.

The front of the projector features both a focus and a zoom ring allowing for easy image resizing, as well as a fan that does a good job of making you forget it’s there.

Lastly, the unit even has buttons on top for volume, image shifting and skewing, and source adjustments for when the remote decides to hide itself, and legs under the projector make for slightly cumbersome but functional vertical positioning. 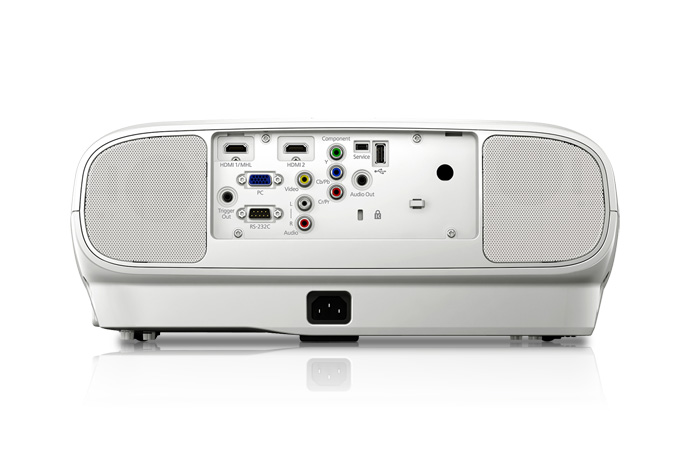 While Epson makes some bold claims, it manages to live up to most of them.  Its biggest selling point is, not surprisingly, its image quality, which it has in spades.  Tested on both an off-white and coloured wall, the image was bright and sharp, with accurate colours.  Everything looked as it should, for the most part.

The only minor hiccups I noticed were with the 3D, where the visuals for both eyes in the odd scene didn’t match up in the Little Mermaid and Brave, breaking the suspension of disbelief for a few seconds.  This could be due to a number of factors though, including the movies themselves.

Meanwhile, a 3D enabled game running on the PS3 looked great, and there was no noticeable lag between an input on a controller and what appeared on screen.

3D, of course, makes images darker.  I was very thankful for the power of the bulb, which was so bright that it looked good even with ambient room light. The projector even came with not one, but two 3D glasses which were charged and ready to go out of the box.

Other things I appreciated was how easy it was to set up.  A regular 2D image worked literally through plug-and-play, while 3D needed only a few other settings to be enabled, and worked as it should.

While the two 10W stereo speakers were a little bit muffled, they are on par with the competition, and they had volume to spare.

What I would have liked to see is video file compatibility.  While the projector comes with a USB port, its use is limited to JPEG slideshows and firmware upgrades.  None of the video file types I tried, like AVI, MP4, or MPEG worked.  Imagine bringing over your holiday photos on a USB, but having to plug it into a laptop that’s then plugged into the projector if you also happen to want to play video files. 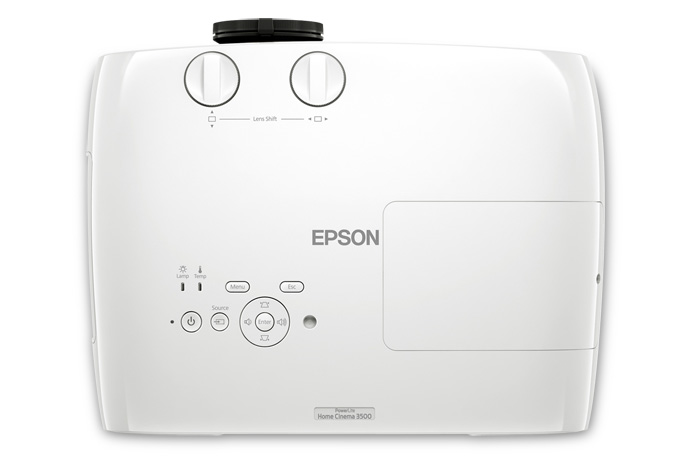 At $1,599.99, a buyer would certainly be paying for quality.  While there’s no denying that the Epson PowerLite Home Cinema 3500 is a great machine, its appeal may be limited.

With its 3D functionality, it is obviously aimed at those who want a premium home entertainment experience, but at the price point, which puts it head and shoulders above most of the competition, a consumer may wonder whether the money is better spent on a future-ready smart 4K TV, which is slowly becoming affordable.

I recommend this projector to those for whom only a projector will do, and for whom 3D is more than merely a curiosity.