Dell has not ruled out Synnex for Canadian partnership

In 2014, Dell made three major distribution partnerships that included Ingram Micro, Tech Data and Synnex for the North American market. Both the Ingram Micro and Tech Data partnerships included Canada, but not the Synnex one as that relationship still stays only in America.

Dell channel chief Cheryl Cook said she is still open to expanding with Synnex into Canada, during a quarterly conference call with CDN.

“To be honest we need to get it right and it’s not that we don’t want to work with Synnex in Canada. It’s more about understanding how to get it rolled out with them and get it right for the B2B space and get that support in place before we expand,” she said.

Cook added that the distribution partnerships with Ingram Micro, Tech Data, and Synnex have enhanced the channel business. “Partners are standing up and delivering results for us and the distributors have helped us expand the coverage areas for Dell. These are areas we could not reach before,” she said.

As a result rebates are up and the vendor is maintaining channel growth by 79 per cent just in Q4 and 52 per cent overall through the year. Preferred and Premier partners get two per cent rebates on client and four per cent on enterprise systems. 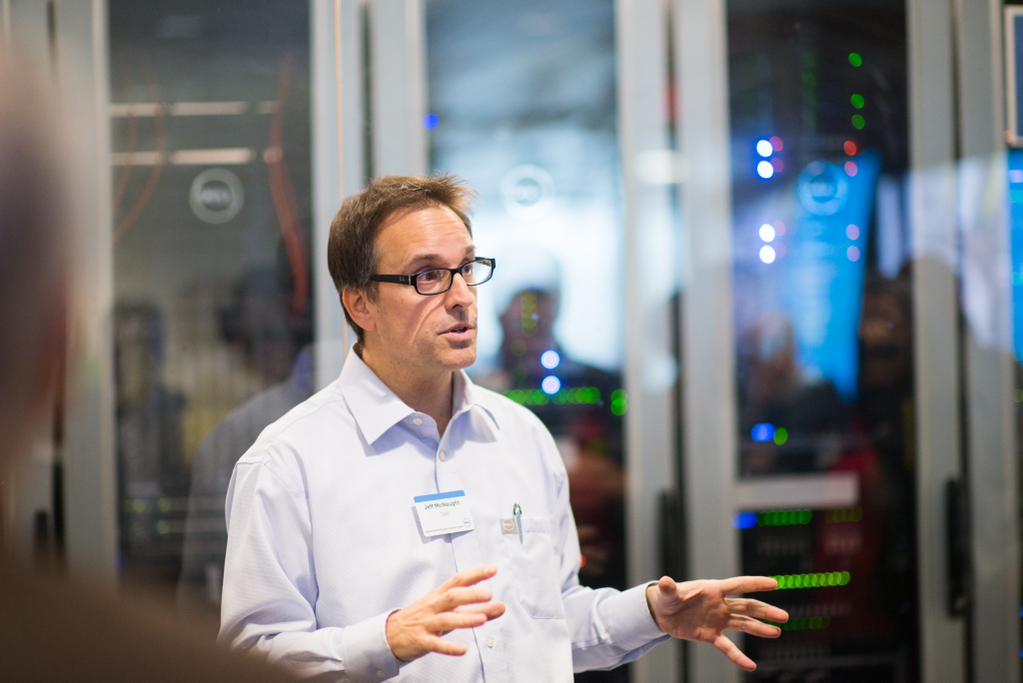 Dell pushes high performance VDI as the next big thing

Cook told CDN that Dell has launched a core client competency for the channel, while updating its VDI and workstation competencies.

According to Cook, the focus going forward will be on enablement with a centralized learning functionality on training. The new wrinkle is that the Dell channel team will be a big part of this enablement strategy as Dell plans to bring the same content and curriculum Dell’s channel team gets to the partner community.

Dell has 167,000 or so channel partners worldwide and according to Cook these partners are balanced between client, enterprise and software business units. Of those 167,000 channel partners 4,300 are certified and that number is up by 12 per cent from last year.

“We continue to see strong channel growth about three to four times outpacing the market and globally Dell revenue is up over 40 per cent through the channel. Its great evidence that partners are investing in training and competencies and seeing a return,” Cook said.

The 20 per cent additional commission enhancement for the Dell team has also worked, Cook said. This bonus was created to encourage Dell sales team to partner with the channel on solutions that were complex in nature and offered higher margin in product areas such as storage, networking, VDI, converged infrastructure, workstations and security.

“This 20 per cent commission was aimed at partnering with the channel and attracting new customers. In the first year this program drove 12,000 new customers to Dell along with 7,000 line of business expansions,” she said.