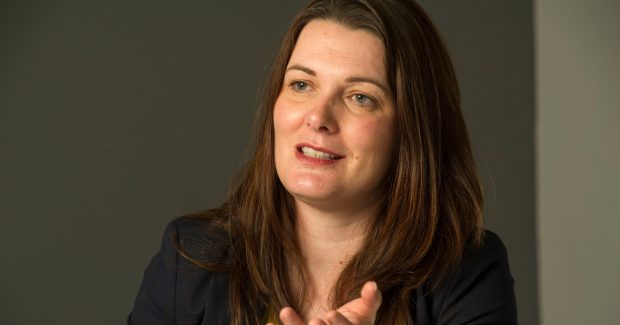 Cogeco Peer 1’s new president says she’s being handed the keys to a company that’s in a stable state, and that the company’s growth, which will require significant contributions from the channel, is her primary focus.

“When Cogeco went on a journey to build a B2B business, which is the arm that Peer 1 is, a big part of that was to acquire and integrate a number of companies,” Susan Bowen told CDN shortly after her appointment as the company’s new president. “If you go back on the three-year journey since I’ve been here, it’s been about integrating the seven or so companies under one brand and focusing on how we go to market.”

Bowen, who joined Cogeco Peer 1 early 2016 as the company’s vice-president and general manager for the Europe, Middle East and Africa regions, says the many arms of Cogeco have been focused on developing synergy across the various companies scooped up by Cogeco in recent years. Cogeco acquired Peer 1 Hosting in 2012 under the leadership of Bowen’s predecessor, Philippe Jetté, who is now the president and chief executive officer of Cogeco Inc. and Cogeco Communications Inc. Three years later, Cogeco combined Peer 1 Hosting and Cogeco Data Services to form Cogeco Peer 1 (CP1).

On the heels of four new channel programs introduced by CP1 in late September, Bowen says the focus has shifted to marketing those programs more publically while improving its direct sales activities over the next three to five years. It’s a tricky balance to maintain, she adds, especially because of the way cloud has changed the game and made it easier for smaller companies to get their products into the hands of customers. But a channel strategy is still necessary.

“The managed service and the technology space we’re in is challenging because it’s increasingly more grounded and a fierce marketplace, but the reality is you have to have a channel play to be successful. There’s always a healthy tension between any organization that is trying to sell direct and through the channel,” says Bowen. “I think in the world we’re in, if you look at our product set, from connectivity and transport to fully managed services that take companies to the cloud, our ecosystem of partners is what enables us to be competitive and successful. And our partners need us as much as we need them.”

According to a recent study from CP1 about the value of service in the B2B market, 85 per cent of survey respondents said that their organization’s most prominent current IT vendor could improve its service, with around a quarter suggesting that service was in fact the most important factor to their business. Furthermore, it showed that only 14 per cent of respondents were satisfied with the current service that they receive.

An ongoing focus for Bowen will be the company’s culture of customer-first innovation and maintaining the innovative chops of a start-up company, coupled with the infrastructure and global reach of a multinational enterprise.

“They can come to us for that hybrid managed service. And customers get one end-to-end customer experience,” says Bowen.

An increasing number of up-and-coming companies born in the cloud need support from large players such as Microsoft, but Bowen says that’s easier said than done.

“They’re not big enough to get the services they need from a company such as Microsoft. As big as a company as Microsoft is, they’re the most inflexible company when it comes to a certain size and client profile,” she explains. “Fast growing companies that don’t want to worry about a relationship with Microsoft will come to a company like us.”

Bowen says it’s important that the technology industry make itself more marketable to people with strong skills outside of computer programming.

“We have to ask them, where do you have the most fun? Where are your strengths? If you’re good at problem-solving or logical thinking, this could be a career for you. As opposed to saying you should be a computer programmer,” she says.

In addition, she says a lot of reservations about entering the technology industry come from a fear of job security during extended leaves of absence, whether it’s because of maternity leave or taking care of a parent.

“It’s about knowing you can come into the tech industry and have that flexibility to take time out for children or your parents. That’s extremely important.”

**Watch our latest episode of our President to President interview series with Cogeco Peer 1 General Manager and Vice-President of Canada and APAC Jaime Leverton, who speaks about CP1’s company culture and her strategy to take a more regional view of the interconnection and data centre provider’s business.