Made in Toronto mini PCs

The basic model measures 5.7″ W x 9.9″ L x 1.65″ H, with the fanless and expansion slot models being slightly larger. They’re available with up to 1TB of data storage in both hard drive and solid state drive configurations, and are compatible with Microsoft Windows 7, 8, XP, Embedded and Linux. Pricing starts at US$1495.00. 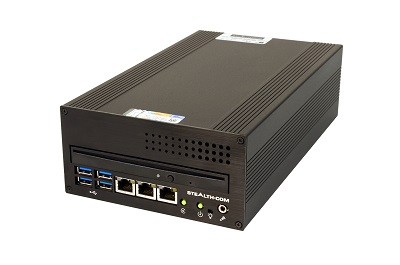