According to IDC, 2014 will be a big year for the smart city initiative.

The research firm believes this will be the year of investment and opportunity for channel partners with the smart city movement. Where will the biggest opportunity be? Well, IDC says it’s in China, which isn’t fantastic news for solution providers based in Canada or the U.S., but that’s not to say the North American market will not be in play. China currently has 220 smart city plans announced. China is growing at a five year compound annual growth rate of 14.5 per cent through 2017.

IDC also made 10 smart city predictions. Here they are:

No. 1 – In 2014 about 15 per cent of cities in the world will be in the Opportunistic Stage of Smart City maturity;

No. 2 – Shadow IT will be a major source of departmental level innovation but will threaten Smart City roadmaps;

No. 3 – The key enabler of omni-channel citizen experience will be mobile,

No. 4 – The business case for NextGen311 investment will be based on operational performance transformation value and not just customer service;

No. 5 – Open data sets and open APIs will start to affect policy decision-making;

No. 9 – 45 per cent of all big data use cases will be in financial performance, public safety, and transportation; and

No. 10 – Competition heats up and there is significant M&A and partnership activity as vendors better define their offerings.

Ruthbea Yesner Clarke, research director for IDC Government Insights said she predicted that in 2014 there will be a lot of partnership activity as vendors define their Smart City offerings and strive to gain customer mindshare.

On the first prediction, Yesner Clarke said the challenges to the growth of smart cities will be that they don’t want to be in the first mover status. Expect wait and see attitudes with some cities, she added.

Other problems facing smart city growth are a lack of executive sponsors, unproven business cases or lack of a return on investment, and a lack of vision for a roadmap at the departmental level. 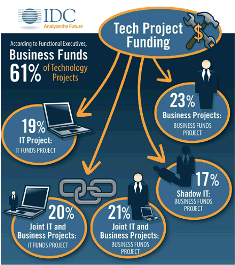 City spending will be 29 per cent of total government spending with a market size of $265 billion in 2014, which is a five year compound annual growth rate of 11 per cent.

As for those smart cities underway they will redirect 15 to 20 per cent of traditional IT spending to the cloud. In Canada, IDC believes the country will see cloud-first strategies.

CDN Staffhttps://channeldailynews.com
For over 25 years, CDN has been the voice of the IT channel community in Canada. Today through our digital magazine, e-mail newsletter, video reports, events and social media platforms, we provide channel partners with the information they need to grow their business.
Previous articleNew IBM enterprise X-Architecture focused on analytics, cloud
Next articleFour trends that will keep you up at night