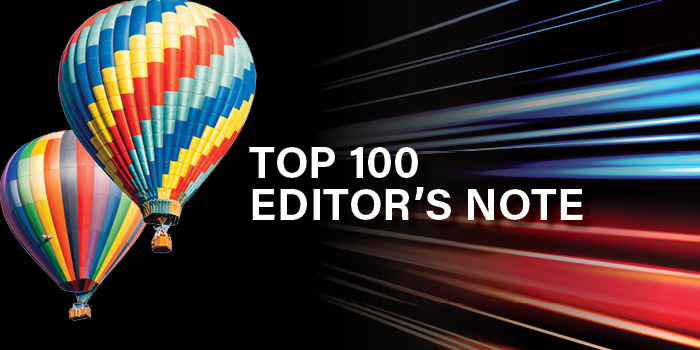 The Canadian channel is a funny thing. On one hand, we have a slew of solution providers and channel leaders suggesting the future of selling technology is here. Long gone are the days of pushing boxes, they say, and it’s on to subscriptions and service models, where the promise of doubling or tripling revenues makes the long game worth playing.

Everything CDN Top 100-related can be found here

But on the other, some analysts I’ve spoken to are saying pump the breaks, that shift is a lot slower than the rhetoric around it would have you believe. It’s unclear exactly how much more partners focus on product sales and basic value-add over actual value creation, but it’s a safe bet the pendulum is still very much on that side, even if it’s swinging in the other direction. According to Techaisle, only 46 per cent of U.S. partners are focused on customer value creation. That number is likely lower in Canada.

One thing is certain though: The Canadian IT channel market *is* changing, and it’s becoming increasingly difficult to categorize the players within it. The traditional resellers at the top continue to throw their weight around with enormous product catalogs, but now they boast an increasing number of managed services that help businesses sustain themselves in a cloud-first world. The top two players on our Top 100 ranking, Softchoice and CDW Canada, have crossed the $1 billion threshold for the first time in the list’s history, and it’s thanks to a unique combination of transactional and hybrid cloud sales.

The two behemoths feature a healthy lineup of hardware and software products belonging to a multitude of brands and a sales team that knows it all like the back of their hand. But it’s interesting to watch the different paths taken to enhance the services end of their business. On one hand, Softchoice invested in a lot of new skills and built a new managed cloud practice, says Andrew Caprara, senior vice-president of strategy and business development at Softchoice.

“We decided to do this more organically,” he explains, noting that they had a lot of talent in Oakville specializing in managed services to build on. That department is going to be increasingly relied upon to manage technology they’ve helped oversee at an enterprise level that’s now trickled down to the midmarket and small business environments.

CDW Canada, well aware of this trickle down effect, responded by announcing the acquisition of Scalar Decisions Inc. back in January, delivering a significant boost across its managed services, cloud and security portfolios. Product sales have been the clear revenue driver for several years, says J.D. Hupp, vice-president and general manager of CDW Canada, but customers are overwhelmed by what’s now available.

“Customers are still in the early process of trying to wrap their hands around the technology that’s out there,” he says. That’s where Scalar becomes a big help. A major ServiceNow partner founded the same year as CDW Canada, Scalar brings in nine offices across Canada in major cities including Vancouver, Edmonton, Calgary, Winnipeg, Ottawa, Montreal, and Toronto. It also has modern a modern network operations centre and a security operations centre to support its clients. CDW Canada isn’t shutting down its product well, but it’s also serious about building out an arm that guides customers towards clarity and ultimately value.

“All of us need to focus on customer outcomes,” says Hupp.

Further down the Top 100 list, other organizations, some completely absent of any sales people, are helping customers gain clarity across the various cloud environments that have proliferated in the market. At times, this means being in the boardroom for some very early discussions about migrating workloads to the cloud and automating certain operations.

The Arctiqs and Sourced Groups of our world are growing rapidly thanks to a grassroots approach to business. They remain at the forefront of emerging and open source technologies, and find ways to integrate them into the overall IT infrastructure. Sometimes they attract the most security-conscious organizations, requiring enterprise-grade versions of the open source tools they know so well, so these partners form key partnerships with the likes of Red Hat and Hashicorp. They also maintain deep partnerships with giants like Google, AWS and Microsoft, ensuring there’s no environment they can’t manage.

It’s not all success stories

It’s nice being able to highlight the partners that are doing well, but for every success story, there’s at least two or three that don’t get it.

“A lot of partners or channel partners are struggling to cross the cloud chasm,” according to Jason Bremner, research vice-president of industry and business solutions at IDC Canada.

But it’s understandable because there is no shortage of obstacles. Even the smaller players dedicated to their consulting practices have to figure out how to sustain growth.

Related Articles on CDN
MSP? VAR? Who cares! It’s about what you can do, not what label you fall under, says IDC analyst

“The one thing about professional services, it’s hard to scale because you have to always have people with those skills. So you either train or hire more people, right? You can do some things that are automated, of course, but I think some of those companies are probably moving to increase their ability to have their own product…a product on top of a cloud service.”

While the paths taken to develop and maintain a successful business vary, the one consistent theme through ranks 1 to 100 is trust.

Large technology vendors and manufactures understand that there’s no way they can deliver expertise to every single customer trying to solve complex problems. Partners have had to obtain the tools and skills necessary to approach these conversations. It’s also been up to them to understand the ins and outs of every business that asks for their help. It’s been interesting to see some of this year’s newcomers raising the bar with their consulting chops, in addition to the veteran players who refuse to sit on their laurels. Distributors have played an enormous role as the middleman for both manufacturers and partners. They’ve become an excellent source for training and education as well, and understand digital discovery marketing better than most.

This year, channel partners will have to play a significant role in helping address Canada’s inability to adopt AI – Gartner says Canada ranked last out of 10 countries when it comes to the successful deployment of AI – in addition to securing the millions of new connected devices that will create extraordinary business opportunities for organizations as well as new attack surfaces for hackers to exploit.

Perhaps the biggest takeaway is the fact that the Canadian channel’s limitations are beginning to be measured by a capacity for creativity and innovation, not by an absence of technology or products. And the faster that momentum shift occurs in Canada, the faster it sheds the tech laggard label that no amount of federal funding or Canadian politeness has been able to remove.