Women in IT: New e-book showcases generosity of spirit 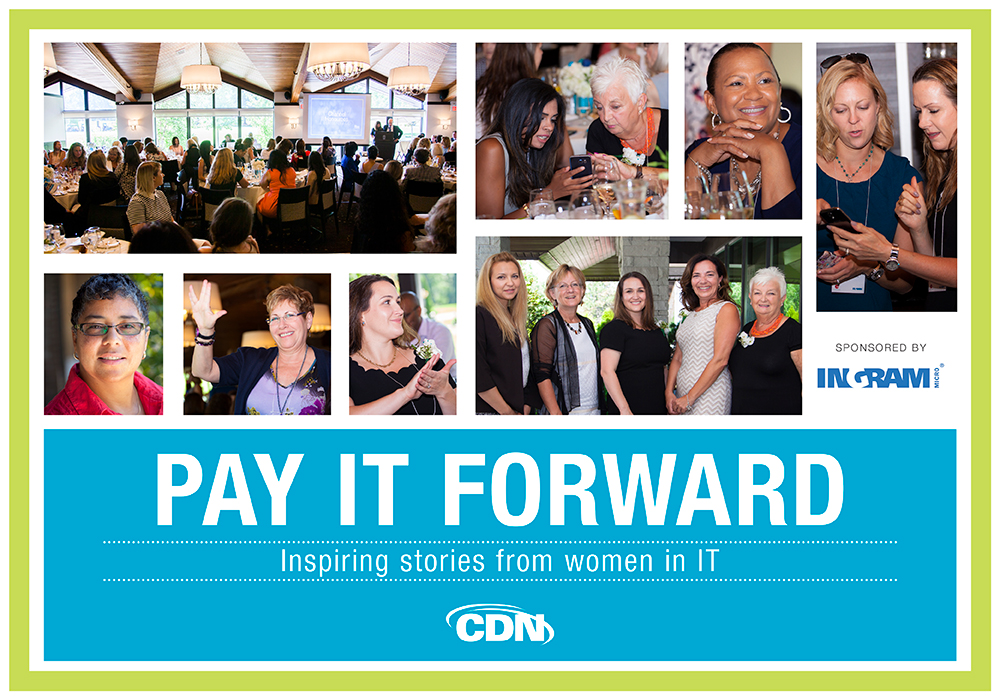 Lift while you climb.

That’s the mantra of Juggy Sihota, vice-president of consumer health at Telus Corp. and one of a half dozen women who shared their stories about “Paying it Foward” in a new e-book developed by ITWC and sponsored by Ingram Micro.

“As you move forward in your career, you need to bring people forward,” she says.  There is lots of room, especially for women.”

Sihota says it can be harder for women to move forward, but by promoting a culture of openness and diversity, the traditional gender and social stereotypes “are fading away.”

That promising message resonates with the other women in the book. Whether they are focused on mentorship, helping teaching young girls how to code or offering entrepreneurship, they are unanimous in the view that opportunities for women are continuing to grow.

A lot of potential in women is untapped. They just need encouragement, says Nilufer Erdebil in her story.” The owner of Spring2 Innovations in Ottawa adds, “it helps to have someone say, yes you can.”

Fawn Annan, President of the ITWC  said the company was inspired to create a book detailing the important non-business achievement of women in IT based on discussions that emerged around the theme of the 2016 Women in the Channel luncheon, Pay it Forward.

“We knew the stories we heard during the event only scratched the surface, so we decided to dig a little deeper.”

Ingram Micro was happy to support the project. As their HR Director Lori Scarlett notes in the forward, empowering women and paving the way to leadership is one of the company’s priorities.

“We believe success breeds success,” say Annan. “So on this International Women’s Day,  I invite you to download this ebook and share the inspiring stories with a colleague.”