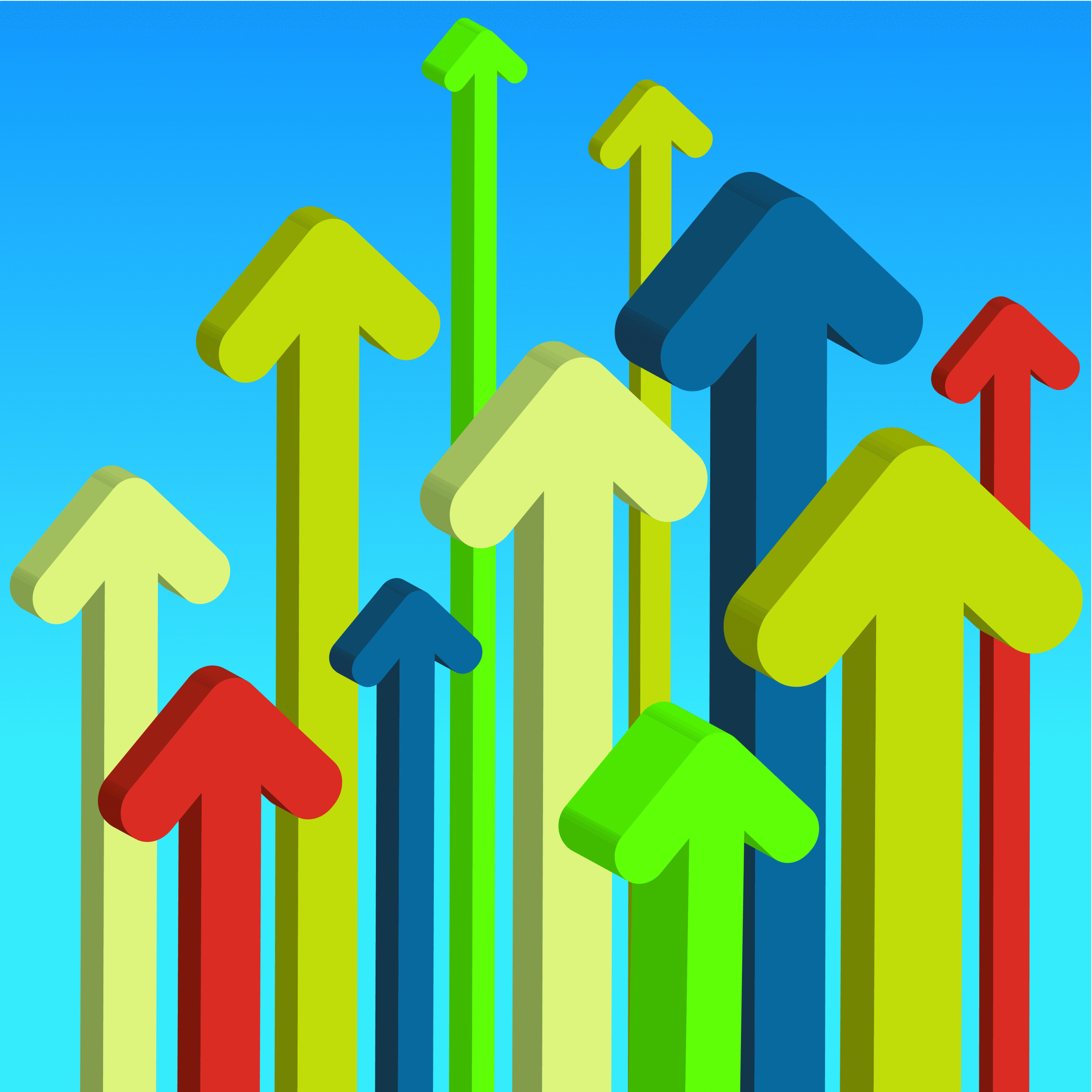 Each year Computer Dealer News, Canada’s IT voice for the channel since 1985, honours the best of the solution provider community at our Top 100 event in North Toronto.

CDN, along with our research partner IDC Canada, tallied the revenue of the top IT channel partners in the country and produced a scorecard for the industry. More than 200 senior-level executives attended the event to find out where they stood among their peers. This year’s event produced many surprises, so click on the next slide to see who came on top. 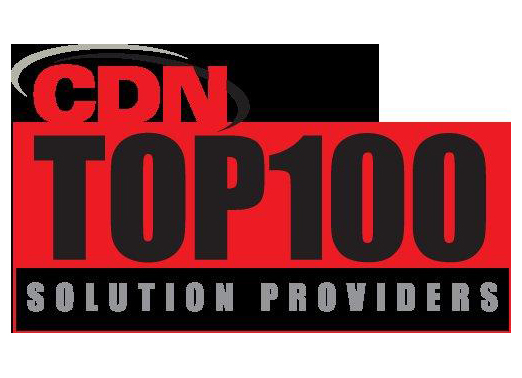 Compugen wins in an upset

For the first time in its history Compugen of Richmond Hill, Ont. has reached the top spot in CDN’s Top 100 Solution Providers rankings.

To find out all the winners at the CDN Top 100 Solution Providers, click here. 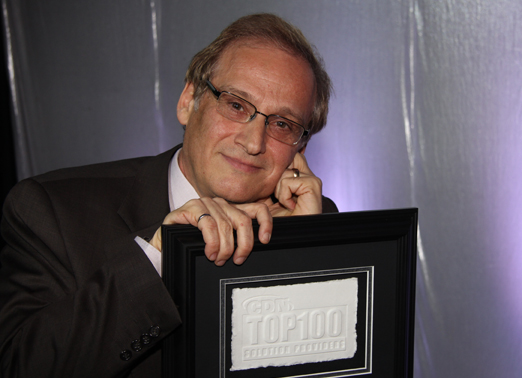 Softchoice senior vice-president Nick Foster has a friendly tug of war over the Top 100 award with Harry Zarek, CEO of Compugen, at the event gala. Softchoice won this award for seven straight years until this night; a record that will be very hard to break. 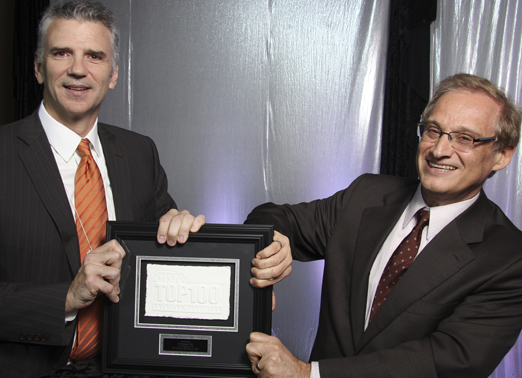 To create this year’s Top 100 Solution Providers list and report, CDN partnered with one of the best market analyst firms in the country, IDC Canada.

Tony Olvet, one of the country’s top IT analysts, presented an award at the Top 100 gala and briefed several top channel executives at the afternoon Top 100 workshop. 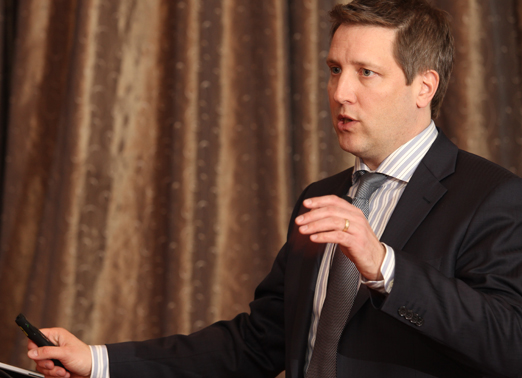 The four pillars of IT

A captivated crowd of nearly 50 top channel executives listened closely to IDC Canada analyst Tony Olvet’s presentation on the Four Pillars of IT during the afternoon workshop session of the CDN Top 100 Solution Providers gala. 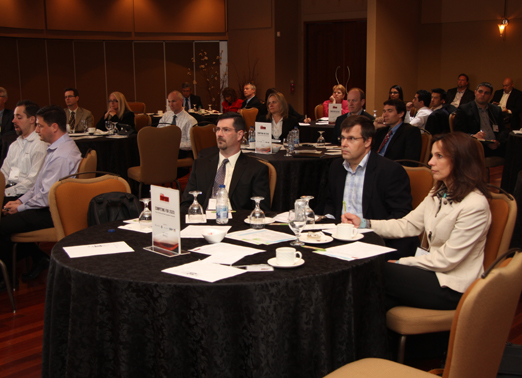 CDN and the many fine people in the Canadian IT channel community are thankful for the great sponsorship partners for this year’s Top 100 Solution Providers event. Tech Data Canada, HP Canada and Dell PartnerDirect have been consistent sponsors over the years, and new to this year’s event are Logitech and Viewsonic. 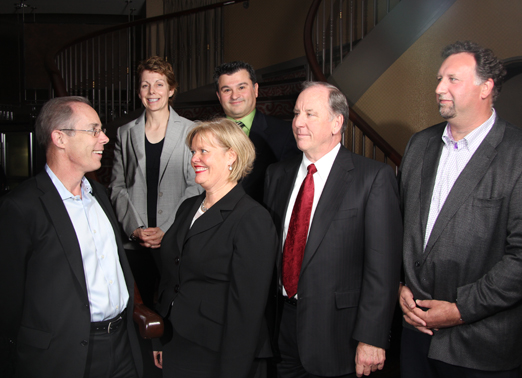 Channel executives flock to the Top 100

More than 200 senior level channel executives from provinces as far away as Newfoundland came to Toronto for this year’s Top 100 Solution Providers event. CDN’s Top 100 gala consistently attracts the country’s channel leaders, making it one of the best shows in the Canadian channel. 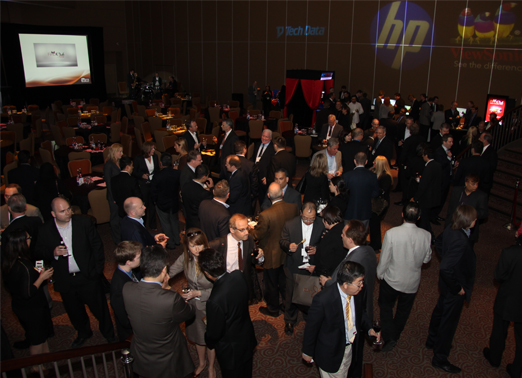 Plenty of networking opportunities at the Top 100

One of the draws of the Top 100 event are the networking opportunities it provides channel partners. Pictured here are (left) Moira Hockin of SHI Canada, Louis Le of Gibraltar Solutions, Cheryl Stookes of SHI Canada, and Melanie Forletta of Tech Data Canada. 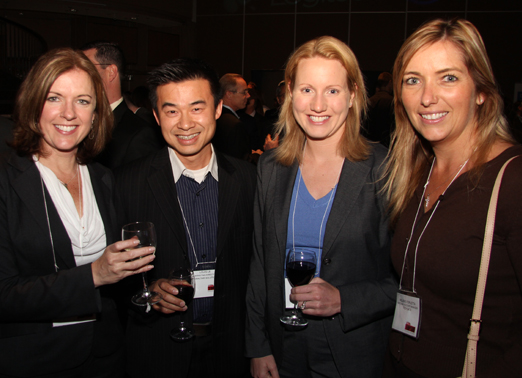 Top executives have a good time

Tech Data Canada president Rick Reid plays peacemaker between J.D. Hupp of CDW Canada, who placed third in the Top 100 Rankings, and Marty Blake of ONX, who placed sixth on this year’s list. Both executives were having a good time over the friendly competition, and each company moved up the list from last year. 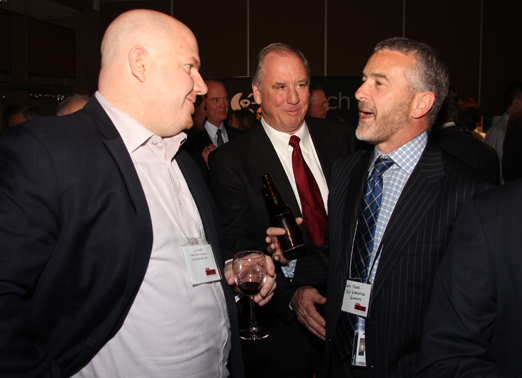 Sushi bar was a big surprise at Top 100

Traditionally the Top 100 features fine Italian food for guest. This was the same but for one exception – a sushi bar, which proved to be quite popular amongst the channel crowd including Louis Le of Gibraltar Solutions. 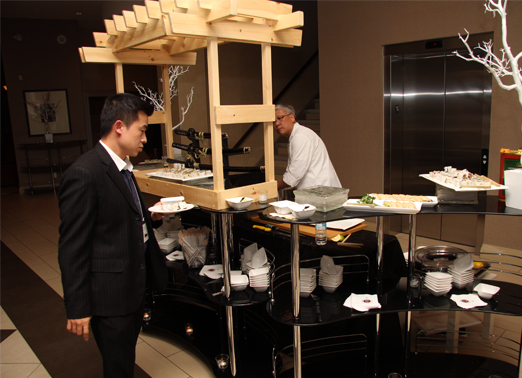 All about the channel

Tech Data Canada president Rick Reid gives a celabratory hand shake to this year’s Top Solution Provider Harry Zarek of Compugen. The Top 100 is here to honour and recognize the best of the solution provider channel in Canada.

For more on Compugen’s new offices click here to watch a video of the facility. 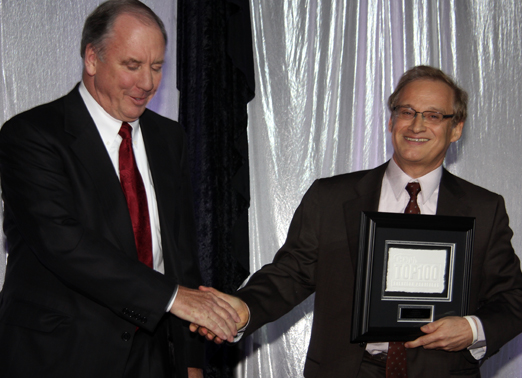