Channel executive shuffle: Who’s in and who’s out so far in 2010

We’re only half-way through 2010, and already the IT channel has seen many changes with new names taking charge, old names getting new positions, and some veterans moving on all together.

Catch-up on all the channel changes in the first half of 2010 in this CDN slideshow. 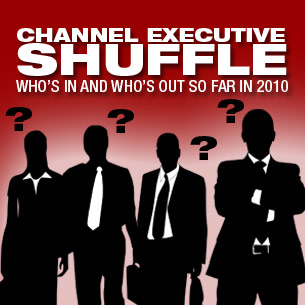 Allison Watson is out

The channel community was caught by surprise when, just weeks before its Worldwide Parner Conference, Microsoft announced its veteran channel chief Allison Watson was moving on.

While she’ll no longer be the worldwide channel chief, a position she’d held since 2002, Watson is remaining with Microsoft. She’s tackling new challenges within the company as corporate vice-president of Microsoft’s business and marketing organization in the U.S.

The move is seen by some as broadening Watson’s experience in preparation for further advancement at the software giant.

Read more: Allison Watson is out as Microsoft’s channel chief 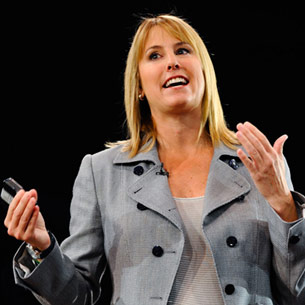 Suceeding Allison Watson as Microsoft’s Worldwide channel chief is Jon Roskill, who was formerly corporate vice-president of Microsoft’s business and marketing organization in the U.S.

At Microsoft’s Worldwide Partner Conference Roskill told CDN he’s fully aware of Watson’s long list of accomplishments and that he is looking forward to the enormous challenge in front of him.

Roskill plans to chart his own course leading the partner organization, at a time when cloud computing is shifting paradigms and creating new challenges for partners.

Read more: Microsoft’s Jon Roskill: I’m not Allison Watson, and I won’t try to be 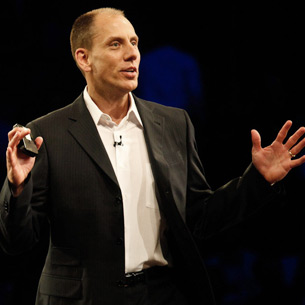 North of the border, Microsoft was making channel changes as well with the news in July that long-time channel organization fixture Carol Terentiak was no longer with the company.

The departure of Terentiak, who was most recently Microsoft Canada’s senior partner development manager, appeared to be related to a realingment of rersources and investment within the organization. Terentiak has gone on to launch her own channel consulting business. 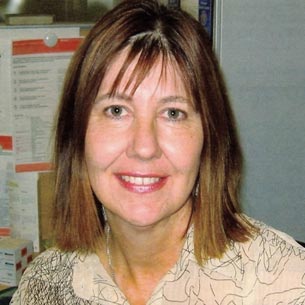 A technology veteran with exeprience at companies such as Lenovo, AMD and Sony, Di Franco joins HP as the organization seeks to refresh the partner organization to enable partners to bring a new value proposition to market.

Di Franco wants partners to capture the SMB opportunity, and to deliver value by brining more of HP’s portfolio — from the data centre to the endpoint — to their customers. 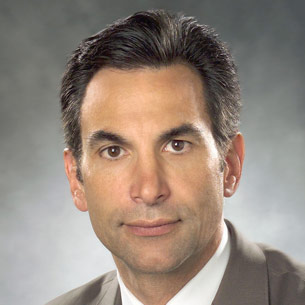 With long-time HP Canada president Paul Tsaparis moving up to an executive position with Hewlett Packard in the U.S., the subsidiary needed a new president.

And the new leader is Peter Galanis, who recently finished his first 100 days on the job. A Montreal native, Galanis has been with HP for five years, most recently as director for global accounts for the manufacturing distribution vertical for the central region, based out of Chicago. He also held positions with Sun Microsytems, EMC and Xerox. 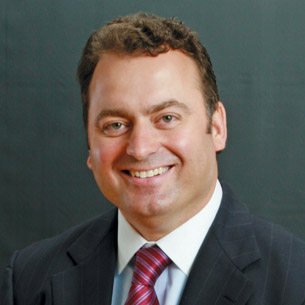 After working to overhaul Sun Microsystems’ Canadian channel and then holding partners’ hands through the acquisition by Oracle, former Sun Canada channel chief landed at HP Canada in April as the vendor’s new channel boss.

Cammalleri takes over for Greg Chappel, who held the position for just over a year after switching roles with long-time channel chief Dave Frederickson in late 2008.

A veteran of the Canadian IT channel, Cammalleri started in the IT industry at ComputerCorp in 1987. He also held positions with Merisel Canada, IBM, HP and Samsung before joining Sun.

Read more: One on one with HP Canada channel chief John Cammalleri 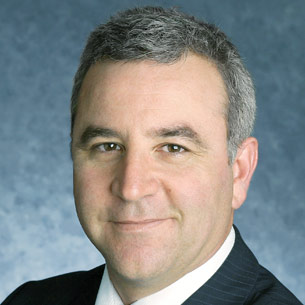 After a brief respite from the channel front lines, former 3Com channel chief Nick Tidd returned to the battle in 2008, joining D-Link as North American channel chief and general manager of the Canadian subsidiary.

The Taiwanese company must have been impressed with Tidd’s work building a channel program and helping the company be seen as more of an SMB/enterprise player, because in January they promoted him to president of D-Link North America.

Now reporting to Tony Tsao, the company CEO based in Taiwan, Tidd told CDN his philosophy for his new role will be to run an established company as a start-up and expand its portfolio into the enterprise and carrier markets. 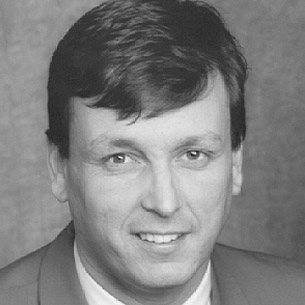 With Nick Tidd moving up to run the North American business for D-Link, he turned to former Insight Canada VP Mark Ciprietti to take the helm as D-Link Canada’s new vice-president and general manager of business solutions sales.

Since he joined D-Link, Ciprietti has been positioning the subsidiary as a strong alternative to market leader Cisco Systems. A new channel program also launched in Canada on July 1st, Canada Day.

D-Link Canada looks to be an alternative 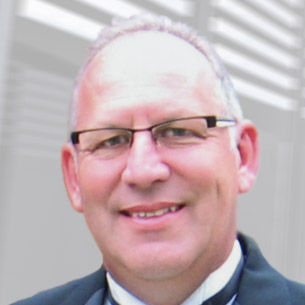 As it looks to grow-out its channel play and grow its Canadian business with the integration of assets and employees of Nortel Networks, Avaya Canada has tapped channel veteran Ross Pellizzari as managing director and president.

A 25-year-veteran of the Canadian IT community, Pellizzari is a former Cisco Canada channel chief, and most recently he was with Mastek Canada as the general manager of Canadian operations.

“I found that Avaya was a great opportunity for me to really stretch my leadership skills and take on a larger role in Canada,” said Pellizzari. “Avaya is a much larger challenge here in Canada with almost 1,000 employees here.” 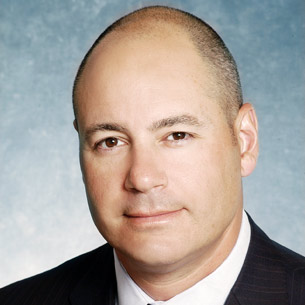 Gilroy comes to SAP from Arrow Electronics, where he was president of its Enterprise Computing Solutions division. He also spent 24 years at Hewlett Packard Co., including senior channel and executive leadership positions.

“I’ve found a motivated executive team committed to building a powerful channel that can deliver double-digit growth to SAP, and a channel team that really wants to knock it out of the park,” said Gilroy.

How SAP is changing its approach to partner enablement 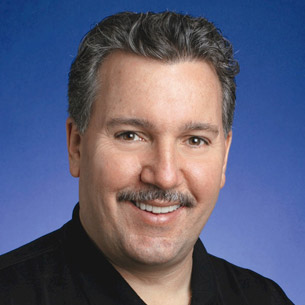 Security vendor Kaspersky Lab wants to build its channel capacity in North America, and to do so it has hired Kristen Capone as its new vice-president, North American channel sales.

Before joining Kaspersky, Capone’s career included stops with Macromedia, where she led the U.S. and Canadian tier 1 and tier 2 channel teams, before leaving the industry to stay home with her daughter and do some consulting work.

“We’ll focus on optimization and enhancements and will listen to our partners to see what they need to be successful,” said Capone. “We’ll also look at programs, the team and products, to work with our partners so we can continue to build out bigger and faster.” 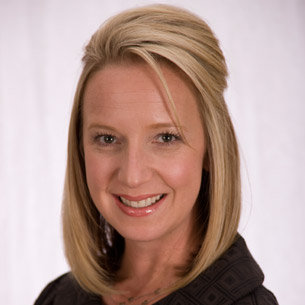 Having previously led Ingram Micro Canada and Lenovo Canada, Murray Wright is back in a senior IT leadership position as the new Americas president for Tech Data Corp.

After a successful stint leading U.S. sales for the distributor, Wright will be responsible for company’s sales, marketing, logistics and purchasing operations throughout Canada, the U.S., and Latin America.

Ken Lamneck left Tech Data earlier this year to become president of Insight, a direct market reseller based in Tempe, Ariz. Besides, Ingram and Lenovo, Wright was GM of Sharp Electronics of Canada, and worked many positions at Xerox Canada. 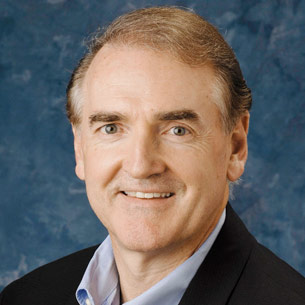 Crotty, who was considered an up-and-coming executive at Ingram, said he was leaving the company for NetEnrich, an IT services company. Crotty created the Seismic division for managed services and coincidently NetEnrich is a customer of Seismic. 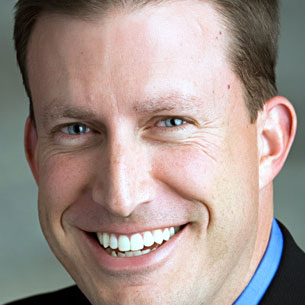