2018 CDN Women in the IT Channel Mentor of the Year: Gail Mercer-MacKay

It’s not hyperbolic to suggest that without the channel partner community, the innovation scene in Canada would suffer. These companies are not only the main source of our technology needs, but they also boast some of the most creative minds in the country, taking existing technology and wrapping their own solutions around it in unique and meaningful ways.

2018 CDN Women in the IT channel honouree: Jaime Leverton

2018 CDN Women in the IT channel honouree: Gillian Morton

2018 CDN Women in the IT Channel honouree: Donna Wittmann

2018 CDN Women in the IT Channel honouree: Reem Gedeon

Read More
Join us: Register to attend our Women in the IT Channel event

But more often than not, the channel struggles to share those stories. That’s where Gail Mercer-MacKay, president, chief storyteller at Mercer-MacKay Solutions, comes in. This year’s CDN Women in the IT Channel Mentor of the Year award winner is a marketing expert, and for more than a decade, has been helping channel partners connect with the customers they serve. 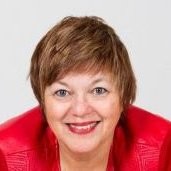 Gail Mercer-MacKay is this year’s CDN Women in the IT Channel Mentor of the Year award winner. She was also recently awarded the inaugural Pay it Forward Mentor award at Microsoft Inspire this year.

“When I started my marketing agency I started working with partners who could build cool solutions but couldn’t tell their story. That’s what I was drawn to,” she told CDN. “I just love how technology changes lives, and I love how partners are helping with that.”

MacKay’s marketing chops are bolstered by 25 years of sales and marketing experience at various emerging technology and startup organizations. Her journey began in Toronto after she graduated from university and began working for a small software distributor.

“I had no technical training, I had taken English, I barely passed math so I wasn’t a STEM specialist by any means,” she laughed. But what MacKay and the rest of the company quickly discovered was her ability to train clients in new and emerging technologies. After leading a few training courses, MacKay asked the company’s president if she could do more training and move away from administration. The answer was yes if she could get more clients to participate.

“During my breaks and the lunch hour I would phone up our clients and tell them about upcoming training classes. By the end of the year, we had three full-time trainers. We had gone from me doing it part time to having three people running training courses constantly,” she explained.

Today, she works mostly with the Microsoft partner community.

“Microsoft has anywhere from 300,000 to 500,000 partners around the world. And I found that they were always doing cool things with technology,” she said.

‘Mentoring to me is huge’

When MacKay started her marketing agency, she presumed it would be a casual job she could do after retirement. But the partner community kept knocking on her door, and the business grew to more than 20 people.

“I couldn’t write the amount that all the partners were asking for,” she explained. She turned to the freelancing community for assistance. “There’s a whole world of freelance writers who are looking for work, and there are all these IT companies that can’t tell a story. My whole mission has been to help freelance writers connect with these companies. Mentoring to me is huge and it’s a big part of all this.”

Congratulations to our leader @gailmercermac for her recognition as Mentor of the Year award from @itworldca . Gail’s passion and commitment to helping others succeed is truly remarkable. #cdnwomen #WIT #IAMCPWIT pic.twitter.com/sZE4KZUWEt

MacKay says she didn’t have many mentors early on in her career, and the ones she had weren’t women.

“But the mentors I did have were so instrumental in becoming successful, but there were certainly no women in those roles,” she said. “I think mentoring is part of our obligation as women in the channel. It doesn’t have to be a formal mentoring process, it can just be encouraging someone else. I know I didn’t apply for positions and didn’t reach my full potential as early as I could have because there wasn’t anyone encouraging me. I feel like we have a mission as women to give back to others.”

MacKay and many other women from the Canadian partner community are members of the International Association of Microsoft Channel Partners Canadian branch’s efforts to help women and children in Haiti gain access to knowledge, technology, and people. To date, they’ve delivered education tools to several communities and have raised enough money to build a new school.

“It’s pretty exciting to see what we’ve done,” she said.