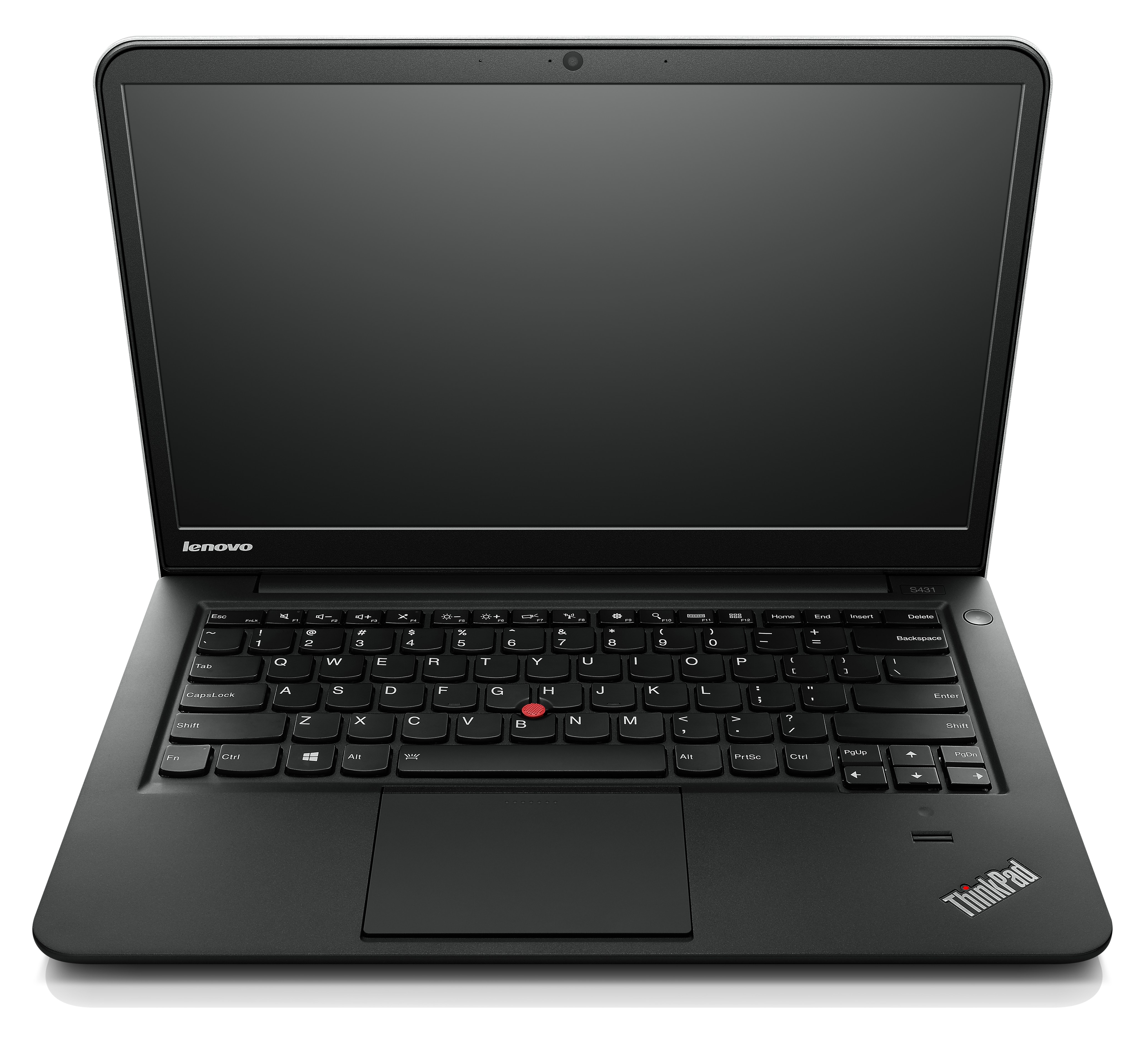 Las Vegas – Lenovo is blatantly ignoring the “PC is dead” trend. Sure PC shipments are under 40 million shipped last year and declining, while laptops are at 68 million shipped worldwide growing at just three per cent.

According to the company, the S431 will be one of the first ThinkPad’s to feature proprietary OneLink technology, which enables users to connect to a dock with a single cable for dedicated video, additional USB 3.0 ports and gigabit Ethernet, all while powering the system. The new ThinkPad S431 is able to fit a 14-inch LCD screen in a 13-inch frame. The exterior includes beveled edges on the front and side, giving the illusion that the PC is floating. At 20.5 mm frame is made of aluminum with an LCD cover. This product will be also available in silver or graphite black. It’s also been sand blasted and anodized to give it a smooth feel.

Inside the ThinkPad S431 the interior has a five-button click pad with glass surface and the 180-degree open angle lets you interact in a number of usage modes. The keyboard is a six-row backlit model with Windows 8 optimized shortcut keys. Additionally, the large, responsive touchpad supports Windows 8 gestures. Jay Parker the president of Lenovo North America told the 491 channel partners at the Accelerate Channel Conference that the PC industry is not dead despite the gloomy headlines. “My message is that it does not have to be that way. The reality is the PC market is shrinking but we have to figure out how to defy this trend,” Parker said.

Chris Hubbard, Intel’s PC business marketing manager, said that Lenovo and the rest of the PC industry have recognized the threat to PCs and has taken steps with its product engineers to address the threat. “Engineers are going to save the PC and defy those predictions. In a few years we will all be laughing at all those who made these predictions, but it will be up to the channel to execute and make it happen,” Hubbard said.

Parker said that companies such as Lenovo have to improve the customer experience with PCs. The ThinkPad S431 for example is powered by Intel 3rd generation Core processors, making it 15 per cent faster than its predecessor with up to nine hours of battery life. It will also have up to 8 GB of memory and 500 GB of storage. The S431 can store up to 150,000 MP3s or 250 full-length movies. Lenovo is also making the channel ready for these new PC devices by investing more than $112 million in the channel for 2013.

The opportunity available to channel partners is with the upcoming PC refresh cycle. Parker said that there are more than 100 million install base who have PC that are stretched passed three to five years. And, Microsoft plans to kill off support of XP in April of 2014. “There are products in the marketplace right now that bring new experiences to the customers and they may want to upgrade their PCs to a bigger screen, a faster processor or a fatter hard drive,” Parker said.

Canadian pricing for the ThinkPad S431 from business partners starts at $699. The product will be available in June of this year and the ThinkPad OneLink Dock is available beginning May 21.