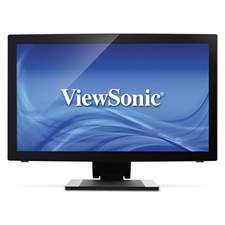 According to the vendor, the display delivers smooth gesture control on a flat touch screen with a responsive touch experience with a variety of Windows 8 applications. It features projected capacitive touch technology, is highly resistant to screen contamination and features full HD 1920×1080 resolution and an MHL-enabled HDMI port, allowing multimedia content from smartphones or tablets to be displayed at high quality.

“Today’s consumers are increasingly mobile-savvy and demand the same touch experience of their mobile devices on the desktop,” said Kenneth Mau, product marketing manager with ViewSonic, in a statement. “The TD2240 delivers an industry-leading touch experience with its intuitive touch technology and full feature set. Whether consumers are looking for a rich, intuitive interface or commercial environments requiring seamless integration with Windows systems, this display is equipped to meet the consumer demand for touch technology beyond mobile devices.”

Not just a monitor game anymore for Viewsonic president

The TD2240 features an ergonomic design with an advanced dual-hinge stand allows the screen to be tilted at various levels or even lay flat, and the display is equipped with scratch-resistant surface hardness. It uses SuperClear technology for vivid colours at more angles, and also offers DisplayPort and VGA connection options as well as a 4-port USB hub.