It’s what you need to know right now in the world of IT and tech – ’nuff said.

It was tough not to pick his brain about Intel’s latest earning’s call – we’ll get to that later – but during a recent chat with Intel’s Americas sales director Hugues Morin, the Canadian partner ecosystem was on the receiving end of some kind words. 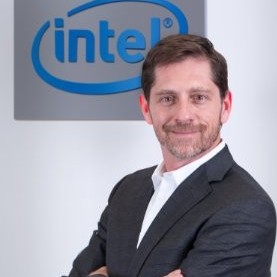 “Without the channel, we would not be able to impact the lives of people in Canada. And now, more than ever, the amazing work these people do downstream from us is critical for digital transformation in this new reality,” he told the publication last week. “There was an enormous amount of pressure, especially on distribution. The whole supply chain system was greatly disrupted.”

That disruption ushering in our new remote working reality was met with a pretty swift response from Intel back in April. Along with other relief efforts, Intel waived shipping costs for its Intel Technology Providers on warranty repairs for its Standard Warranty Returns in the U.S. and Canada. Partners have flocked to these programs, according to Morin. But at the same time, certain projects that ground to a halt a couple of months ago have now spun back up again. A lot of those projects, according to Morin, involve network modernization.

“That’s one of the things we need to focus on right now. You’re seeing a lot of network virtualization and modernization in combination with a transition to 5G,” he said.

These trends are being met with the launch of Intel’s 3rd Gen Intel Xeon Scalable processors, code-named Cooper Lake, as well as the introduction of the Intel Optane persistent memory 200 series. It provides up to 4.5TB of memory per socket to manage data-intensive workloads.

But circling back to those Q2 results – Intel reported that the mad scramble for PCs early on in the pandemic helped grow revenues by 20 per cent to 19.7 billion. Unfortunately, the company also confirmed a six-month delay on its 7 nm technology. Not the greatest news as many other products are dependent on it.

Morin couldn’t say much about the 7nm delays, but noted the delay is also accompanied by a push to increase Intel’s 10nm-based product shipments for the year.

Intel CEO Bob Swan said that increase is more than 20 per cent versus the company’s January expectations.

“In the short term, I don’t think the channel will feel a short term impact around the ramp-up to 10nm,” Morin told Channel Daily News. “The long-term impact is to be determined.”

The recent news that we maybe didn’t get to yet, or it’s the news we’ve reported on and feel is worth resurfacing. Sometimes we’ll also feature awesome stories from other publications.

It’s one of those single pane of glass announcements, but this one is pretty significant. Last week, SolarWinds announced a collaboration with Microsoft to integrate Microsoft 365 capabilities with its remote monitoring and management tools – SolarWinds N-central and SolarWinds RMM.

“Nearly 90 per cent of the desktop and server devices our partners manage run Microsoft software, and Microsoft 365 is the productivity suite most of them use. The ability to monitor and service devices that are managed under Microsoft Intune from right within the N-central or RMM main dashboard will be a huge productivity boost, and enable our partners to offer more comprehensive service and protection for the myriad of devices they manage,” said Mav Turner, general vice-president of products for SolarWinds, in a press release.

There’s a webcast this Wednesday that will walk through the news and integrations in greater detail.

Last October, Commvault introduced its Metallic software as a service (SaaS) backup and recovery solutions for the midmarket in the U.S. About six weeks ago, the service came to Canada, and at the company’s FutureReady virtual conference last week, it provided an update on its evolution.

Microsoft Canada has recognized 16 partners across Canada for their achievements in delivering transformative solutions that have an impact in their communities. The 2020 IMPACT Award winners were announced during the Microsoft Inspire Digital event.

Zoho may not be a household name right now, but the software as a service company aims to change that.

There are 30 pages worth of announcements in Microsoft’s “Book of News” this year. The few pages dedicated to customer and partner enablement consist of Azure Lighthouse updates, a pair of partnership expansions, and two new Microsoft playbooks. Let’s break it all down.

From IT World Canada –

The MSP subreddit community is growing rapidly. It’s also a chatty bunch. With more than 76,000 members as of today, it’s worth taking a look at what they have to say every once in a while. Here are the past week’s top posts. Click on the posts to view additional responses.

There’s still some buzz about that SolarWinds/Microsoft announcement.

Solarwinds just made one hell of a move. from msp

It’s never a bad idea to have as much information possible about how to prepare and respond to a data breach.

How Liable is your MSP for a Data Breach? How Liable are your clients? from msp