What we learned from Long View Systems’ Activate Digital conference 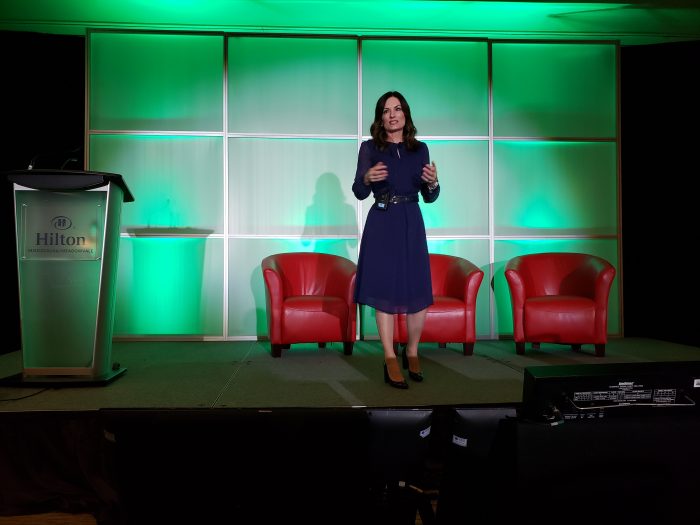 Society decided to roll with the term “digital transformation” to describe the changes businesses are making in response to evolving customer buying habits and rapid innovation. It’s become a popular buzzword that doesn’t reflect the complexities that come with transforming a business from top-to-bottom. Executives at Long View Systems’ Activate Digital conference in Mississauga, Ont. did their best to hammer home the fact that the latest efforts in this regard have a lot to do with people, culture and best practices, in addition to the actual technology that vendors roll out at a breakneck pace.

But, alas, the term digital transformation is here to stay, and Activate Digital featured many voices who shared insights into what makes that transformation a successful one. We’ve compiled some of our biggest takeaways right here.

Partnerships have to run deep

Channel partners can no longer expect to get by with drive-by service. Dave Frederickson, Long View Systems’ executive vice-president, cited recent conversations with a pair of CIOs who stressed the need for partners like Long View to have a deep understanding of their business. “Do not let my team come to you and tell you that they know exactly what’s going on…we need you to come in and challenge us,” he said. 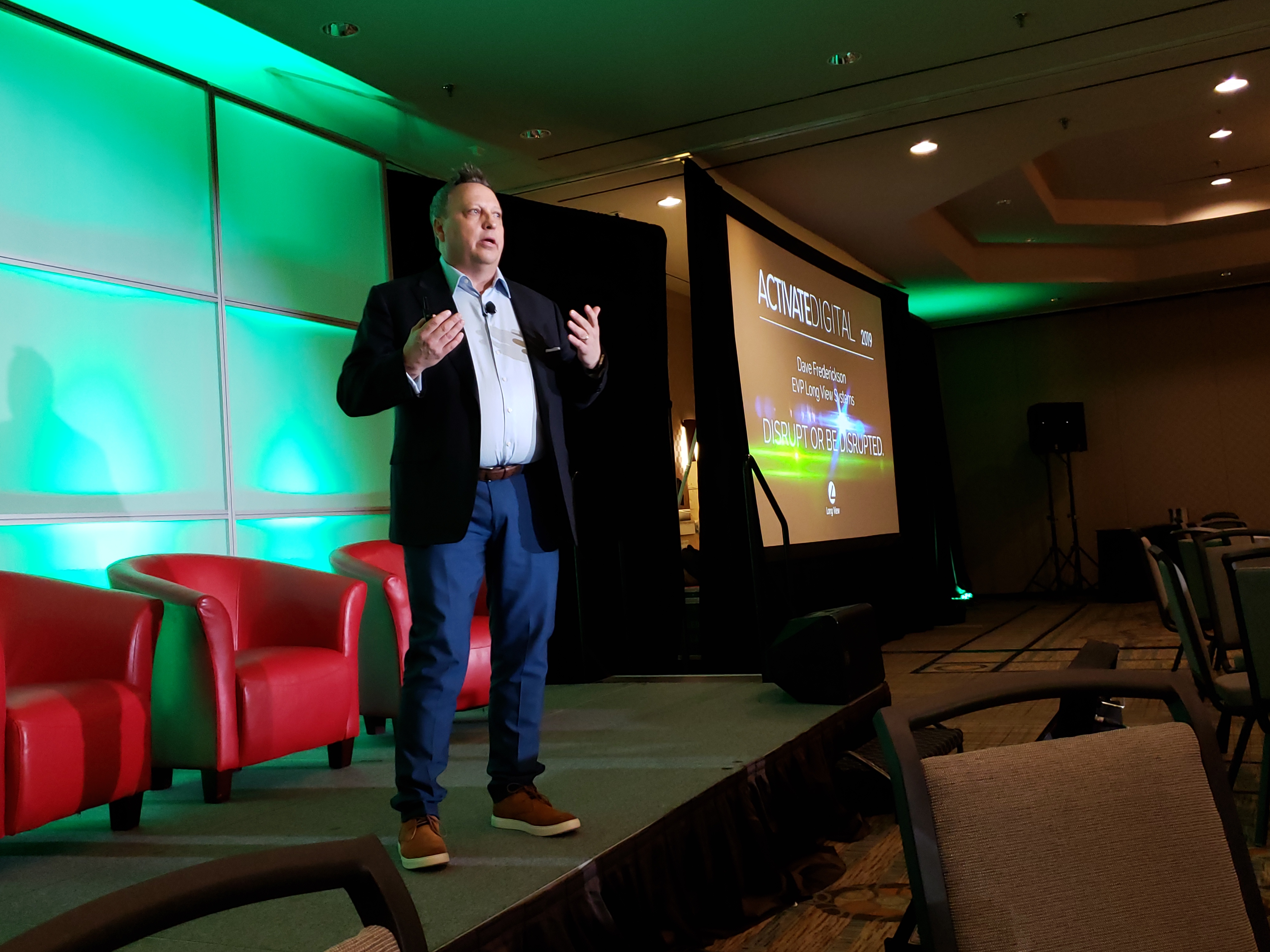 Dave Frederickson, Long View Systems’ executive vice-president, recalls recent conversations with a pair of CIOs who stressed the need for partners like Long View to have a deep understanding of their business. Photo by Alex Coop.

This becomes incredibly relevant for businesses modernizing their security. Data today is stored everywhere, and partners coming in to help a business improve its security can no longer integrate a solution – or solutions – without understanding the complexities of that business. Where is the data stored? What data does the business prioritize? Are they adhering to privacy laws? These are just some of the questions partners have to consider, and according to Michael Tryon, managing director of global cybersecurity sales for Cisco Canada, an increasing number of partners, such as Long View Systems, have adopted this mindset. And while making money and pleasing shareholders is top of mind in many ways for the world’s largest vendors, partners have the unique advantage of looking beyond one vendor in order to deliver the best outcome for a customer, explained Tryon.

“They know their customers better than anyone else. Partners like Long View have the expertise in the market to not only look at a Cisco-based solution but to look broadly outside of the ecosystem and consider how they can apply other technologies to provide a more comprehensive solution so that the customer is best served,” he said.

Canada has an AI problem

The bubbly Kevin Peesker didn’t let the audience down during the event’s final keynote presentation, as the president of Microsoft Canada managed to jump on at least one chair and yell “I’m excited about technology!” But he also shed light on a very important figure that points to Canada’s inability to successfully deploy emerging technologies, such as AI. Despite all the hoopla around Canada’s incredible talent pool and strong AI ecosystems – in addition to a bevy of startups, we have three AI centres located in Montreal, Toronto, and Edmonton, all backed by government funding – Canada ranked last out of 10 countries when it comes to the successful deployment of AI. Peesker described the report’s findings by Gartner as “disturbing,” and called for an end to Canada’s well-known cautious approach to innovation. “The time is now. Because when it comes to speech, object recognition, machine reading and translation…I’m sorry to say this, but the computer has exceeded human capacity,” he said. “But this is a capability set that you can apply to your organization. How? You have to start somewhere. It starts with business intelligence, the data, consolidating the data, and applying compute to the data.”

BlackBerry is killing it

Long-gone are the days when BlackBerry Ltd. was desperately trying to survive on the shoulders of its smartphone business. Not only has the Waterloo-based security company successfully shifted over to software sales, it has formed key partnerships with giants such as Amazon to develop enterprise-grade smart assistants, acquired a company to bolster its own AI development, and is on the forefront of IoT and AI security.

The overall risk posed by cloud over the next three years is expected to drop from 70 to nearly 50 per cent, according to a report from eSentire, while risks posed by AI will double and IoT concerns will go up by 30 per cent. 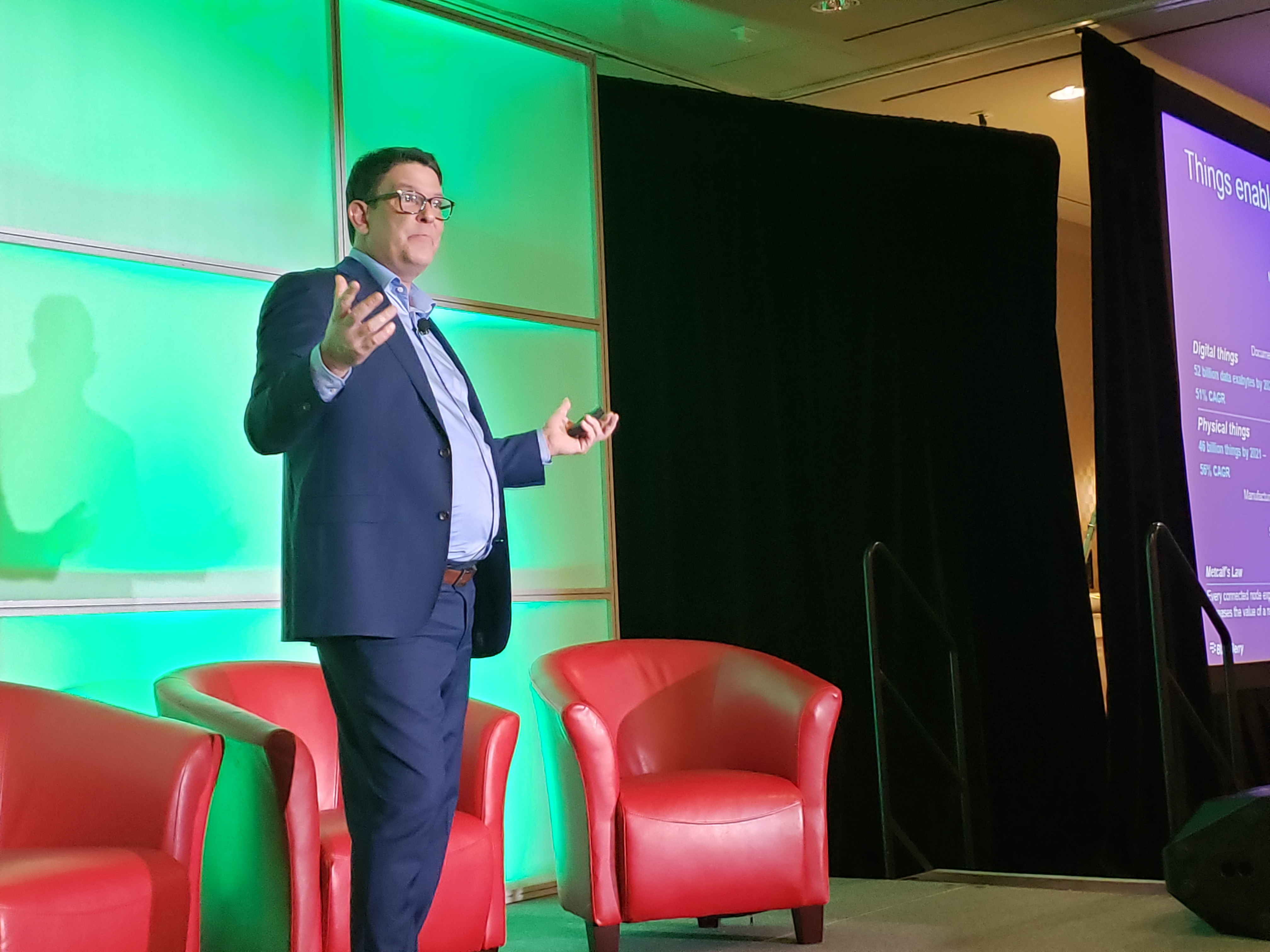 Aaron Axworthy, vice-president of enterprise sales for BlackBerry Canada, says BlackBerry is adamant about being a leader when it comes to securing edge environments. Photo by Alex Coop

“This means that the surface area for the things that are involved in your end-to-end business processes is going to grow exponentially,” explained Aaron Axworthy, vice-president of enterprise sales for BlackBerry Canada, adding BlackBerry is adamant about being a leader when it comes to securing these environments.

The company’s new Enterprise of Things (EoT) platform, BlackBerry Spark, designed and built for secure hyperconnectivity from the office to the factory, has gained significant traction among customers globally since it was unveiled last year. But BlackBerry doesn’t want to stop there, and is investing 23 per cent of its revenue in R&D across its 18 development centres in seven countries.

Time to start living on the edge

Public cloud isn’t going anywhere, but a well-oiled business in 2019 will be defined by a mix of public and private cloud environments that communicate with a bevy of connected devices like phones, computers, sensors, etc. But with IoT devices generating so much data, cloud can no longer be the final destination for it all, according to Paula Hodgins, HPE Canada’s new president, who served as Microsoft’s general manager of Azure Sales for Canada.

“There has to be some other way to create value from that data,” she said, adding only 1 per cent of data generated by businesses is being used effectively by organizations to create positive business outcomes. “There’s a lot of work to be done.” 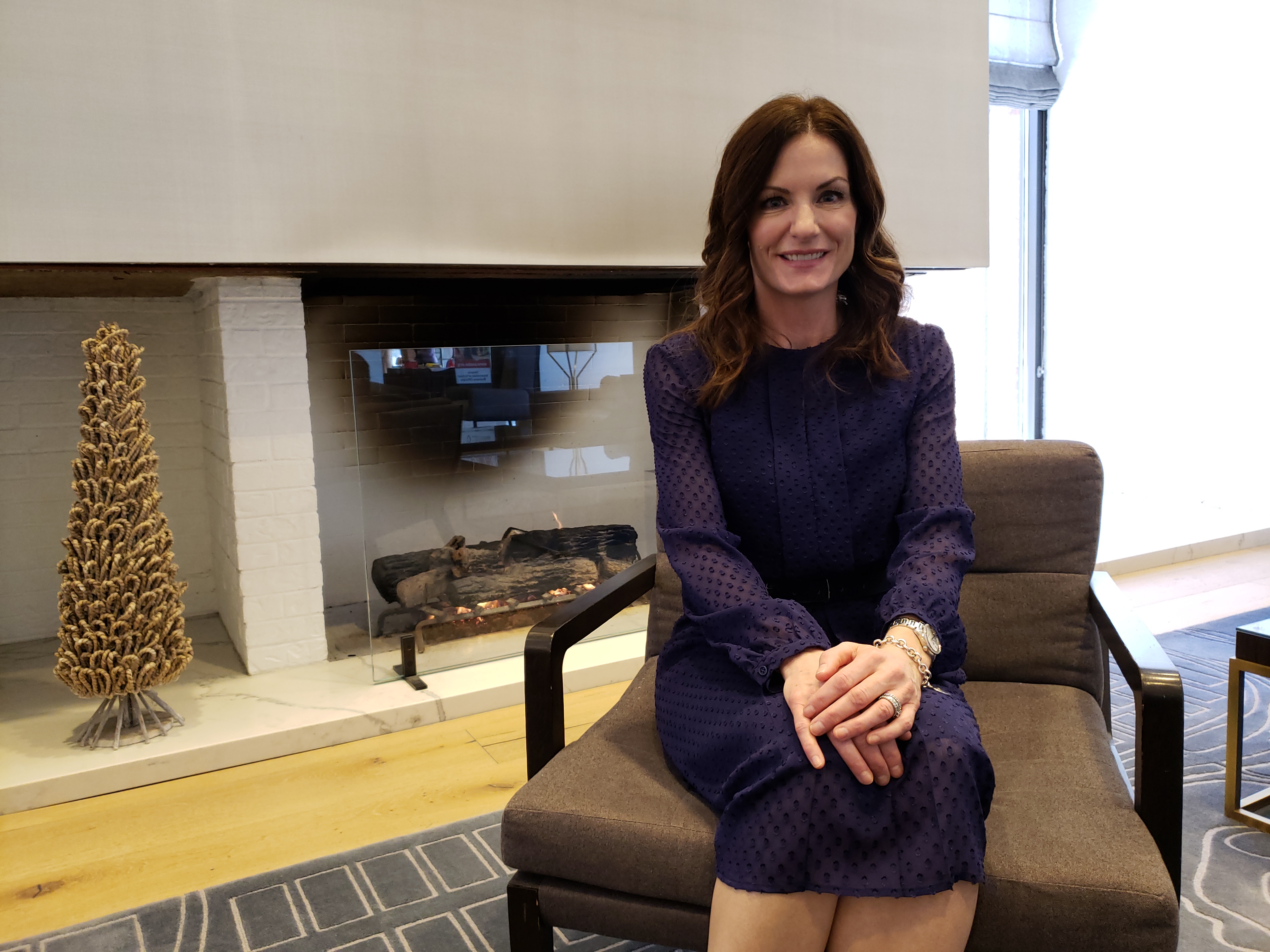 With IoT devices generating so much data, cloud can no longer be the final destination for it all, according to Paula Hodgins, HPE Canada’s new president, who served as Microsoft’s general manager of Azure Sales for Canada. Photo by Alex Coop

Hodson described edge computing as the “next big frontier” and said HPE is investing more than $4 billion into this space. She also cited an IDC report that suggests that 43 per cent of data that is captured through IoT devices will be stored and processed at the edge by 2020. This technology has enormous implications for multiple verticals, especially the healthcare and automotive industries, said Hodgson. Real-time insights will help caregivers respond to patients’ needs much faster, and self-driving cars will need data to be processed in real time in order for it to respond to the obstacles on the road.

“There’s no time to take that data up to a public cloud, analyze it, and then bring it back to the car to make a decision on whether or not the car should be stopping,” she explained.