Ottawa’s HyAlto makes a splash at VeeamOn, hints at AWS and Azure support 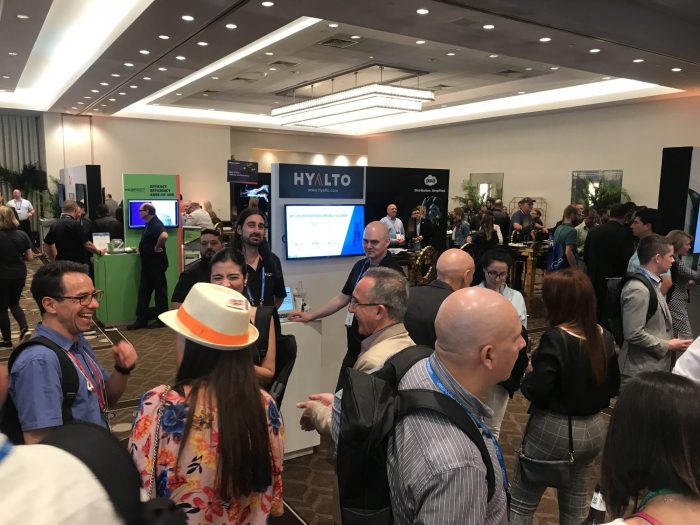 With the rise of hybrid and multi cloud, the latest major pivot for Ottawa’s HyAlto was an obvious one according to its chief executive officer Alan Zurakowski.

“From a market perspective, it was an easy job for us to connect the dots about what our first integration would be with this new HyAlto platform,” Zurakowski told CDN.

Not long before exhibiting at VeeamOn last week, the cloud monetization platform, formerly known as AirVM, quietly announced the availability of Veeam support. It was the small Canadian MSP’s latest shift since it started down the path of an Infrastructure-as-a-Service provider in 2008, followed by the creation of an on-premises self-serve portal for MSPs using VMware. In 2016 HyAlto’s IaaS business was sold to Terao Inc., and the company has been committed to serving MSPs through SaaS ever since.

Public cloud offerings can simplify a lot of things if the tools involved are managed correctly, which is easier said than done and often requires the hiring of subject matter experts. HyAlto is “focused on the money problems” he explained, such as quoting, order fulfillment, and data usage around both VMware and Veeam services. The company doesn’t support AWS and Azure yet, but Zurakowski strongly hinted at future announcements relating to the two hyperscalers.

“There are thousands of MSPs and CSPs [cloud service providers] around the world who have built their business around VMware and Veeam…we get interest right away,” said Zurakowski.

At its event last week, Veeam announced it had passed $1 billion in bookings over the past 12 months and saw a 30-per cent growth in recurring revenue. It also launched Version 2 of its disaster recovery solution, the Veeam Availability Orchestrator, and announced “with Veeam” program, allowing customers to embed Veeam’s software as part of secondary storage solutions from leading vendors, such as ExaGrid and Nutanix.

“Our opportunity is really obvious,” said Zurakowski. “What was a real pleasant surprise is Veeam’s super strong partnership program. It’s been really nice working with them, we were super supported.”