Only 30% of SMBs outsource IT in the U.S., says Datto report

Only 30 per cent of SMBs in the United States outsource their IT, according to a new report from Datto, and managed services providers carry a Net Promoter Score of 18, which puts them near the bottom of comparable industries. 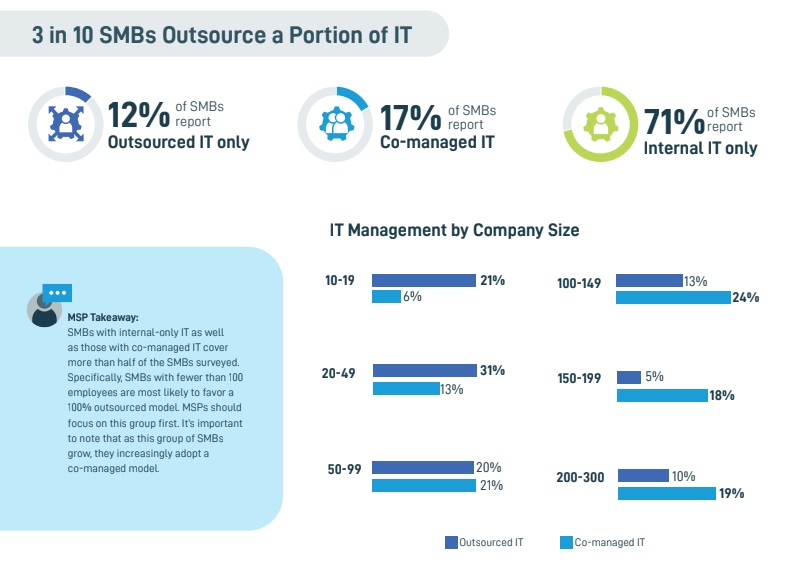 It’s about more than products

Most of the U.S. market is seeking help well-beyond basic product decisions. More than 70 per cent of SMBs want MSPs to drive the IT strategy of their business, and when their IT provider recommends a service, 82 per cent of them believe MSPs are truly trying to help protect their business.

SMBs cited cost as the number one factor driving their buying decision. However, Datto says when SMBs were asked to choose between cost and other factors in subsequent studies, cost fell to the middle of the list. 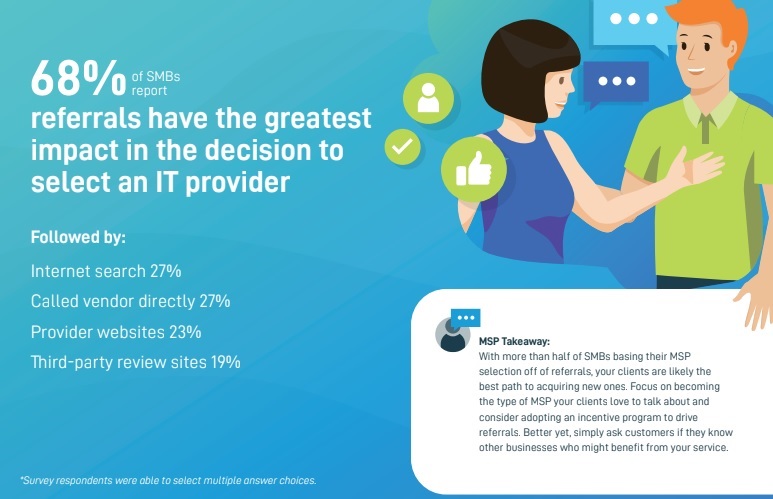 You can’t ignore the power of word of mouth. More than half of SMBs base their MSP selection off of referrals. Source: Datto’s SMB Market Report for MSPs

Also, nearly 75 per cent of SMBs reported that cybersecurity was going to be the top technology trend most important for their business three years from now.