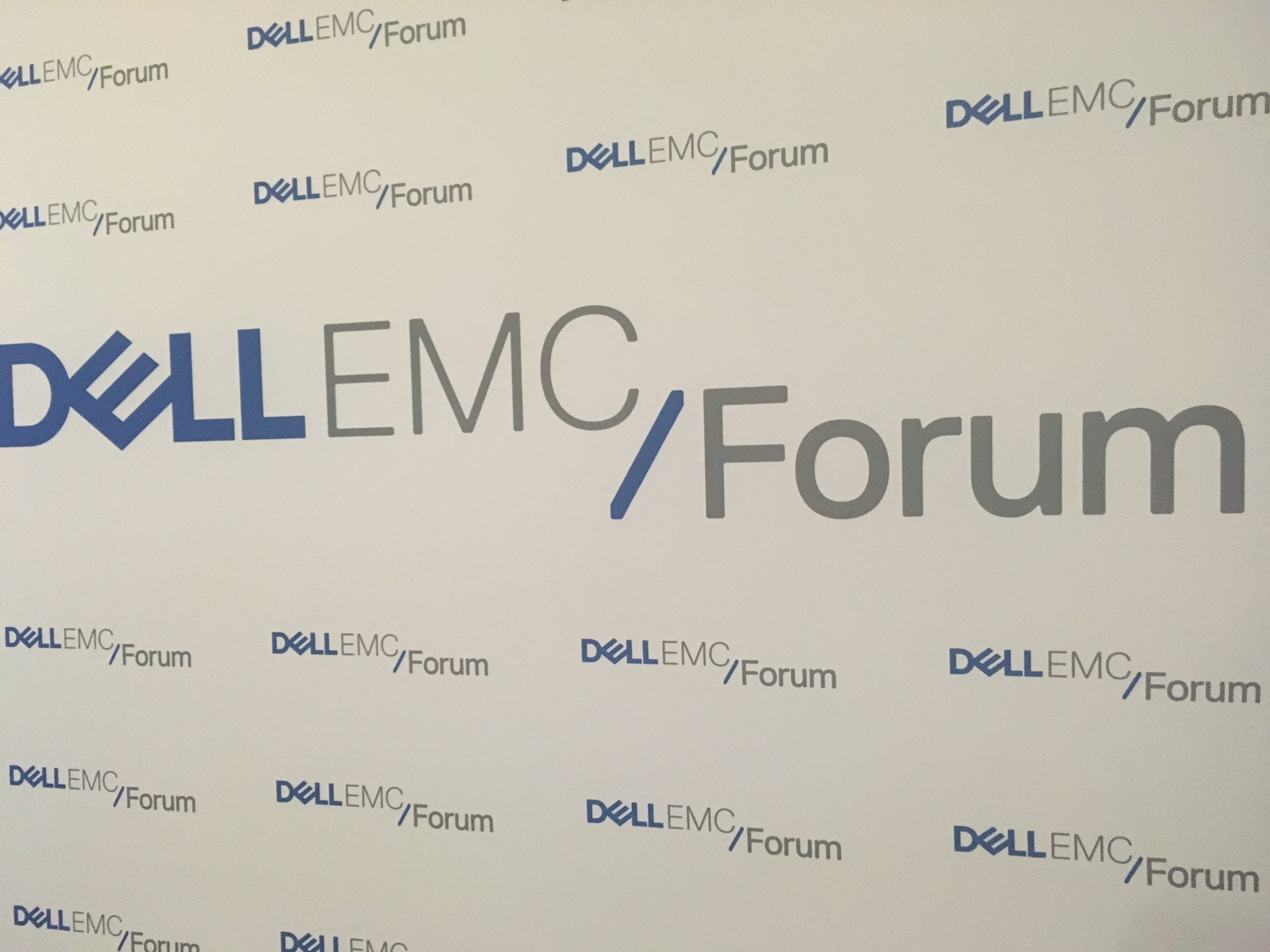 Dell EMC executives painted a picture of a company that’s trained, aligned, and ready to help its customers with their digital transformation projects in the data centre at the Dell EMC Forum in Toronto on Tuesday.

It was the last leg of a three-stop Canadian tour that is the first combined corporate presence of the newly unified firm since Dell Inc.’s $67 billion acquisition of EMC closed Sept. 7. With the deal done, Canadian executives are turning their focus from a cross-country training effort with employees to taking advantage of shared cultural values, complementary product lines, and relationships with different customer segments. Now the private company with a combined $76 billion in revenue says its ready to help IT departments achieve their goals to contribute to business strategy and improve customer experience, all while keeping the lights on.

The merger of Dell EMC has been 15 years in the making, points out Howard Elias, the president of Dell EMC Services and IT. The first strategic partnership between the vendors was made in 2001, involving a multi-billion deal in which Dell would sell EMC’s storage products. In 2008 that partnership went even further with the formation of an alliance between the companies that also involved other complementary technologies.

So it was no surprise to Elias when a survey conducted across both Dell and EMC last February that asked 75,000 employees to rank 22 values and attributes around culture, the teams came back with the same top five values in the same order.

“Culture trumps strategy in a lot of ways,” he says. “We had a long time where we were able to work together with each other and discover each other’s culture and values and we’re comfortable with that.”

The top five attributes were:

The top echelons of the Dell EMC Canadian organizations have been hard at work coming together on the deal. Kevin Peesker, president of Dell Canada, and Mike Sharun, country manager of Canada for EMC, did a cross-country tour to bring employees together, identifying account plans for major customers and planning how they could work together on that front.

The two weren’t flying blind either. Prior to the deal closing, an integration team made up of Dell and EMC employees worked with consultants to plan their course of action after regulatory approvals. While they weren’t allowed to share customer data before that time, the team was able to anonymize customer account data and segment it based on analytics. That gave them a view on where Dell and EMC were already working together, and where they were not.

“It created a template for a go-to-market engagement strategy with customers,” Peesker says. “We’re working on certain deals and opportunities where they’ve been primarily an EMC customer and now they’re interested in many different products from a Dell perspective.”

The two vendors benefit from having targeted different markets, executives explained. EMC sold to larger enterprise customers and the public sector. Dell sold to commercial businesses and SMBs. Now, as Sharun puts it, “away we go and now we’re cross-selling.”

Sales operations will be run as they have in the past, he adds. “We’ve always had specialized sales people around different IT solutions.”

It will take longer for the partner community to have end-to-end knowledge of the combined Dell EMC product line, Sharun says. “It won’t magically happen on day one.”

Still, many legacy EMC partners already work with Dell technology as well due to the alliance. Often it’s a partner’s job to bring together technology from Dell with virtualization solutions like VMware.

“They were the ones that needed to put that solution forward, it’s not buying a box, it’s buying a solution,” he says. “They can tell a story from end-to-end now that they can’t tell with any other vendor on the planet.”

Both Peesker and Sharun agreed their Canadian teams were performing better than the corporate average when it came to training on the new lineup of technologies and are already meeting goals set by owner Michael Dell for finding new ways to collaborate. What’s more, executives say they’re hearing lots of interest from customers.

Nine in 10 customers are interested in tapping either a Dell or EMC technology, Elias says. So many are keen that he estimates that new revenue opportunities may have been underestimated at the outset of the deal.

“Customers are looking for less buying of piecemeal parts, they want converged systems,” he says. For example, customers interested in building a native cloud will want to put together the end-to-end thin clients and virtualized desktop infrastructure together with Dell Power Edge servers, and flash storage arrays from EMC.

Another boon for customers is the consistent support path for their IT solutions.

“There’s very few customers these days that say ‘I want more suppliers,'” he says. “They want a single throat to choke. They also don’t want to be locked in.”

Even though Dell EMC is going to be focused on selling its complementary solutions and converged systems, Elias says open standards are still a priority. “If you want to rip out our storage and put someone else’s in, you can do that.”

Similarly, EMC-owned companies VMware and Pivotal are platform companies that work with an open eco-system to make room for customer preference with hardware choices, and that will stay in tact.

Despite all the complementary business discussed by executives, Elias says “there will be some duplications in back office functions. Those are all being sorted out.” Meaning more specifically that there could be more layoffs in the short term, even though executives expect employment to grow over the long term.

The new Dell EMC brand isn’t all-encompassing either. Subsidiaries that have run fully independently, such as VMware, Pivotal, and SecureWorks, will continue to do so. All interactions with consumers such as with retail products like laptops will still be the Dell brand.