Under CEO Dolph Westerbos, who just completed his first year in office at the Tarrytown, N.Y.-based distributor, has consolidated operations to just four regions around the world. The company eliminated several brands they attained through acquisitions. Some of those include Afina, Entrata, Intact and the recently acquired cloud company Veracloud.

According to Siobhan Byron, VP & General Manager of Westcon Canada, process of streamlining brands and solutions has made the distributor “cleaner” and gave the company the ability to talk consistently to vendors and deploy solutions on a global basis.

“When Dolph joined we got this new direction and from a Canadian perspective it tied in well. This is a big strategic initiative that has a global footprint. Now the focus is to make sure we drive efficiencies, improve customer service, and coverage for vendors in new areas such as cloud and global services,” Byron said.

With its new cloud offering Westcon is taking the position of not wanted to compete with channel partners, Byron said. The Veracloud platform is a multi-tier solution that can be white labeled by the channel or flexible enough where solution providers can pick and choose cloud solutions that work for specific customer environments. 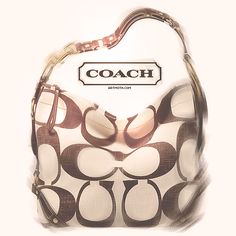 Another major new focus for Westcon for 2015 is the introduction of a customer facing initiative. Byron told CDN that the company has brought on board executives from cosmetics giant Avon and luxury handbag manufacturer Coach to develop a new customer facing program for the distributor.

Byron added that Westcon is putting the finishing touches to customer facing tool set for the cloud and ecommerce solutions. “I am excited they came from the retail side. Retailers have figured out how to do customer experiences and we want to bring that to a distributor. When I think of customer facing experience I certainly think it’s about the ease of the experience, does it look nice, feel nice, and ease of purchase. From a consumer perspective that is what I look for. How easy is it to find what you are looking for and then there is the security aspect. I want to know that I have a comfort level,” she said.

Moring forward the channel will see closer alignment with the Westcon brand and the Cisco specific operation called Comstor. Bryon said that the association of the two brands will still be tied to the Westcon Group.

“The channel in Canada has adapted well to the Comstor brand. The Westcon brand is more established and known from a Canadian perspective, but as part of Dolph’s new rebranding effort Westcon and Comstor brands will be together,” she added.

Cisco is one of Westcon’s more strategic vendor partners and Intercloud was one of the networking giant’s main announcements in 2014. Westcon is an active member of the Intercloud offering.  Byron told CDN that Intercloud is an important part of what she and her team are working on for 2015. “Intercloud ties into our cloud strategy and we shall be looking into all aspects of the Intercloud as well as other cloud providers.”

Other areas of focus for 2015 for Byron and Westcon Canada are the Internet of Things and security.