Ansley is now based in Singapore, which has a tropical rainforest climate that averages 35 degrees Celsius; a far cry from the four season temperatures of Toronto. The weather in Singapore is similar to the hot, haze and humid days of August in Toronto, just that it’s 365 days a year.

“Singapore is wonderful and the Avaya team is great. We have work to do but there is a very loyal customer base and we have great products. I am thrilled to be working in such a diverse region,” he said.

That diverse region includes countries such as Australia, New Zealand, South Korea, Japan and all the Asean regions (Malaysia, Indonesia, Thailand, Indo China, and the Philippines).

Despite the 12 hour time difference Ansley told CDN that he is doing “just fine”. As the channel in the Eastern time zone of Canada begin the work day Ansley is home contemplating if he should turn in for the night.

Ansley is definitely in the camp that business is business no matter where you are situated. However, he does believe there are fundamental differences working in countries such as Japan, South Korea and Malaysia. He said that it requires a true test of character and business acumen to succeed in these countries. It also teaches you about the world and yourself. “You need to adapt, while maintaining your integrity and principles,” he said. 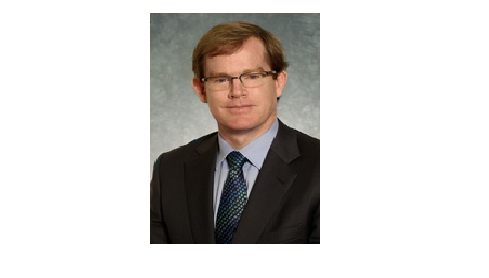 Singapore is more than 15,000 kilometres way from Cisco Canada’s new headquarters in Toronto and Ansley is starting month No. 3 in his career adventure and he told CDN that he is getting used to the time difference. The world clock starts in Asia and moves west, he said. The strategy he employs is to work very long hours and spend the evenings on corporate calls and the days focused on customers and channel partners. “North America is going to sleep as we start the next day,” he said.

Notwithstanding the great distance, Ansley does have some Canadian content. For example, he will be working closely with Pierre-Paul Allard who runs global sales for Avaya. Ansley worked for Allard back in 1999 when he was the Canadian president of Cisco Canada. “There are many Canadians and many ex-Cisco people at Avaya and I suppose it speaks to the value of building trusted relationships; they can last for many, many years,” he said.

Ansley defined the AsiaPac market as one of the most dynamic economic environments in the world because it combines several emerging economies such as Indonesia along with a mature market in Japan for example.

The channel in AsiaPac resembles Canada and Europe Middle-East and Africa (EMEA), Ansley said. “Partners here offer a rich set of technology offerings combined with deep services skills. The Avaya business in Asia is very much channel based with a set of very talented partners. At this point, I am still learning about the differences.”

Singapore is not Ansley first sojourn outside of Canada as an executive. While at Cisco, Ansley was asked to run the voice business for the EMEA theatre based in London. That was 15 years ago. He was later promoted to run the Advanced Technology team in EMEA.

He later got back to London again as the vice president and GM of 3Com EMEA.

A big part of the attraction for Ansley to move to Singapore is the stage that Avaya is in today with its business cycle. Ansley said joining Avaya represents a significant opportunity to make an impact. Something, he said, that is difficult to achieve in larger organizations.

By working in the Asian market also checks the box off for Ansley in attaining global experience. “I spent eight year working the Europe, Middle East and Africa region – a fulfilling and successful endeavour with both Cisco and 3Com – the opportunity to live and work in Asia came at the right time in my life.”

While Ansley is living out his adventure with Avaya he definitely plans on returning. “I love Toronto. I love Canada. It’s my home.”